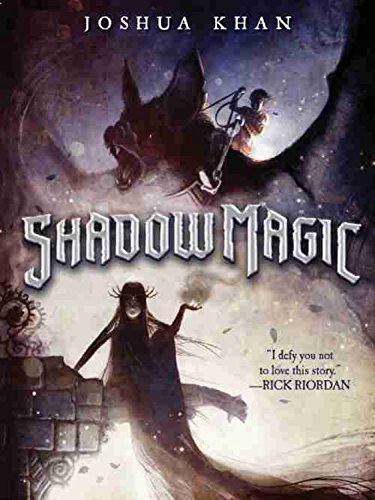 Shadow Magic (Disney Hyperion, 2016) by Joshua Khan is fantasy told from two viewpoints. We have twelve-year-old Thorn, the outlaw peasant who was purchased from a slaver to become the executioner’s squire, and thirteen-year-old Lily (Lilith Shadow) who is now the ruler of Castle Gloom and Gehenna, the land of the dead. Thorn just wants to escape and find his father. Lily would like to escape her onerous duties. How can she be a successful ruler when girls are forbidden to do the magic that members of her family have done for ages?
These two are drawn together over their dislike of Gabriel, who Lily is pledged to marry. Secret passages, assassins, a puppy named Custard, zombies, and a giant bat named Hades all have their roles in this fantasy. What’s not to like?
I was pleased to discover this was book 1 in a trilogy. Dream Magic came out in 2017 and Burning Magic comes out in 2018.
Read more about the books and the author here.