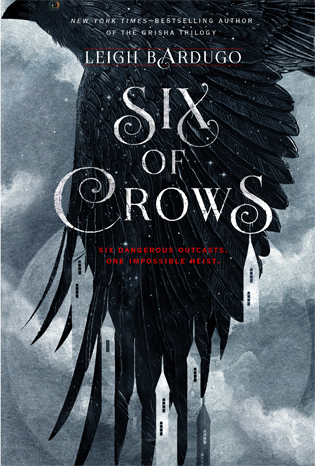 Six of Crows (Henry Holt and Company, 2015) by Leigh Bardugo is a fascinating YA fantasy of a band of young people each with their own unique issues. The story is told in multiple viewpoints.
Kaz Brekker has an idea for the biggest heist ever. The item to steal isn’t jewels or money, but a man in an impregnable prison. Those he asks to go with him are Inej–the Suli girl also know as The Wraith, Jesper–a good shot and gambler, Nina–a heartrender–though some consider her a witch, Matthias–the foreigner who knows the layout of the Ice Palace, and Wylan–a run away who can setup explosions.
This crew isn’t the only one attempting this venture. But besides the riches to be had, they might just be the only ones to protect others from a very deadly drug. 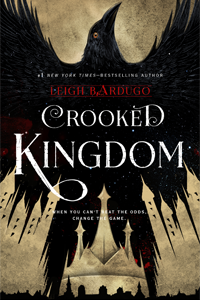 What’s really exciting is that this NY Times bestseller has a sequel! It’s called Crooked Kingdom.
Go here to read about the author and to see her other books.