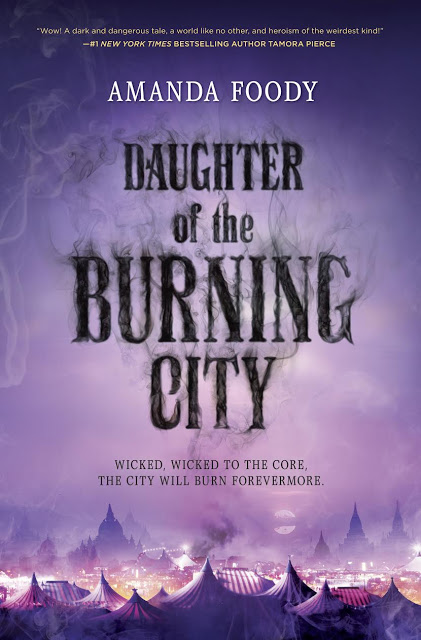 If you’ve read Caravel, I think you’ll like Daughter of the Burning City (Harlequin Teen, 2017) by Amanda Foody, as they have a similar flavor.
Sixteen-year-old Sorina is the only illusion worker in the Gomorrah Festival, a traveling carnival, and she runs the Freak Show. All the freaks, except for Sorina herself, are her illusions come to life. They’re one happy family until one of her illusions in murdered. Her adopted father, Villiam, the proprietor of the festival, is investigating the death, but he has too much else on his mind. So with the help of a new friend, Luca, Sorina starts her own investigation. Will she be able to protect her family?
This compelling book was Amanda Foody’s debut novel. Ace of Shades comes out next April and is the first in The Shadow Games series. Read more about Amanda here.