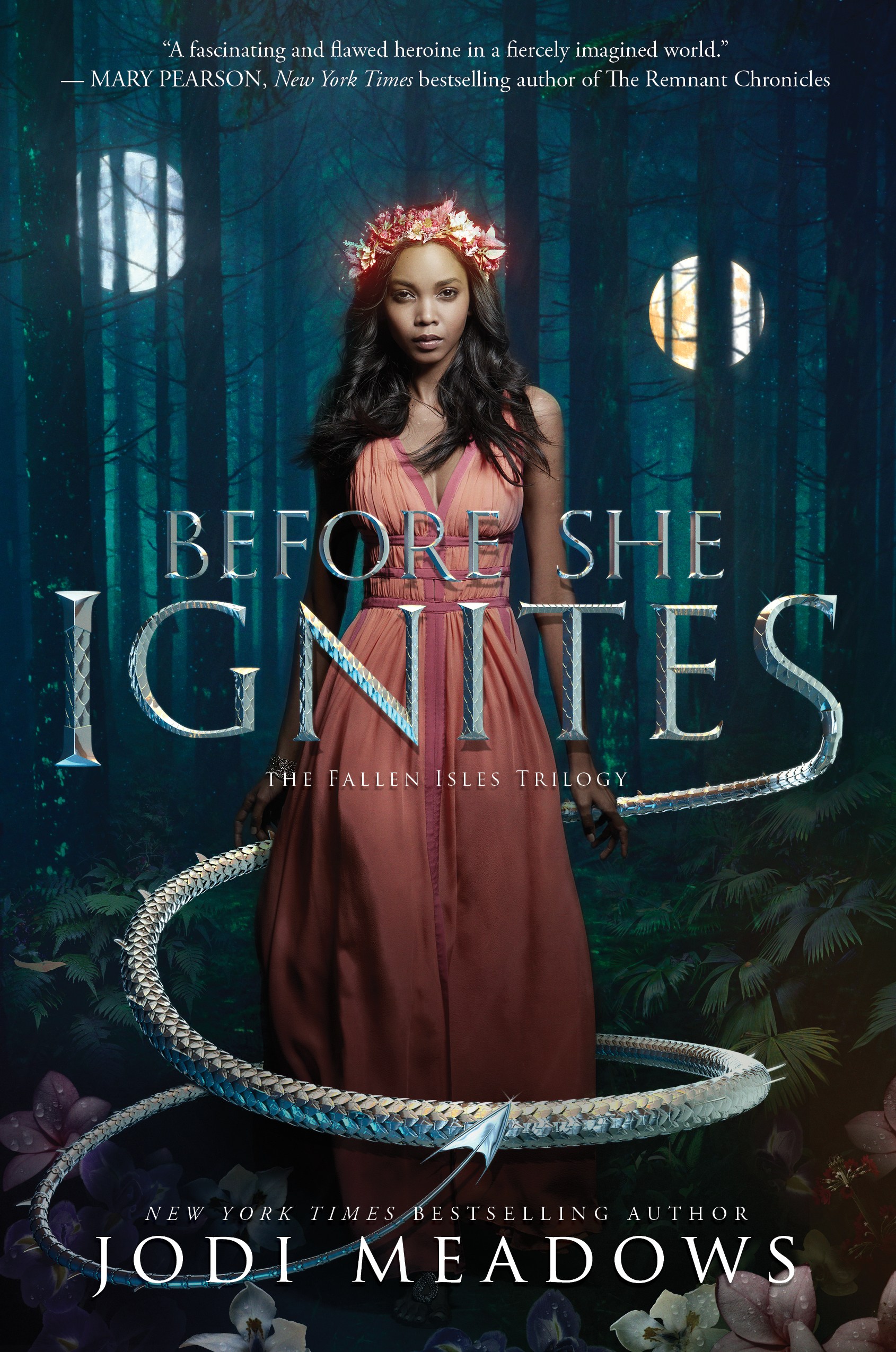 Before She Ignites (Katherine Tegan Books, 2017) by Jodi Meadows was such a compelling read written in two time periods BEFORE and AFTER. (And isn’t that a lovely cover?)
The story begins with a BEFORE: “The last day of my real life began with disaster.”
The speaker is Mira Minkoba and she is the Hopebearer. A treaty was written between six island nations and named after Mira the day she was born. She is the speaker to the people for the Luminary Council. Her father rarely pays attention to her and her mother is often disappointed.
AFTER, she’s imprisoned in the Pit. Surely, she’ll be rescued soon, Mira thinks. But meanwhile in the dark, she’s trying not to panic. Without her calming pills. And without her friends. And with much worse to come than the dark.
This book is the first in a trilogy–yea! The author has also written the Incarnate trilogy and the Orphan Queen duology. Good. More for me to read while I await the sequels to this book. She’s also a co-author with some other books.
You can read about Jodi and her books on her website here.