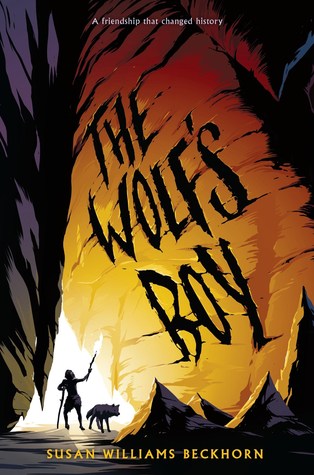 The Wolf’s Boy (Disney-Hyperion, 2016) by Susan Williams Beckhorn is a touching tale of a boy who struggles because he doesn’t fit in.
Twelve-year-old Kai has a club foot, so he’s not allowed to touch weapons, or hunt. When Kai rescues a motherless wolf club, he’s warned that she can’t eat the People’s food. As the yellow cub grows, the People look on her as a threat. With winter approaching Kai and Uff leave the village. How can a boy who can’t even hunt survive on his own?
This book is a Junior Library Guild Selection and a 2017 Notable Children’s Book. I love the cover too.
Read about Susan here where you can also see a picture of the stone house that she and her husband built themselves. And read about her other books here. She’s also an illustrator.