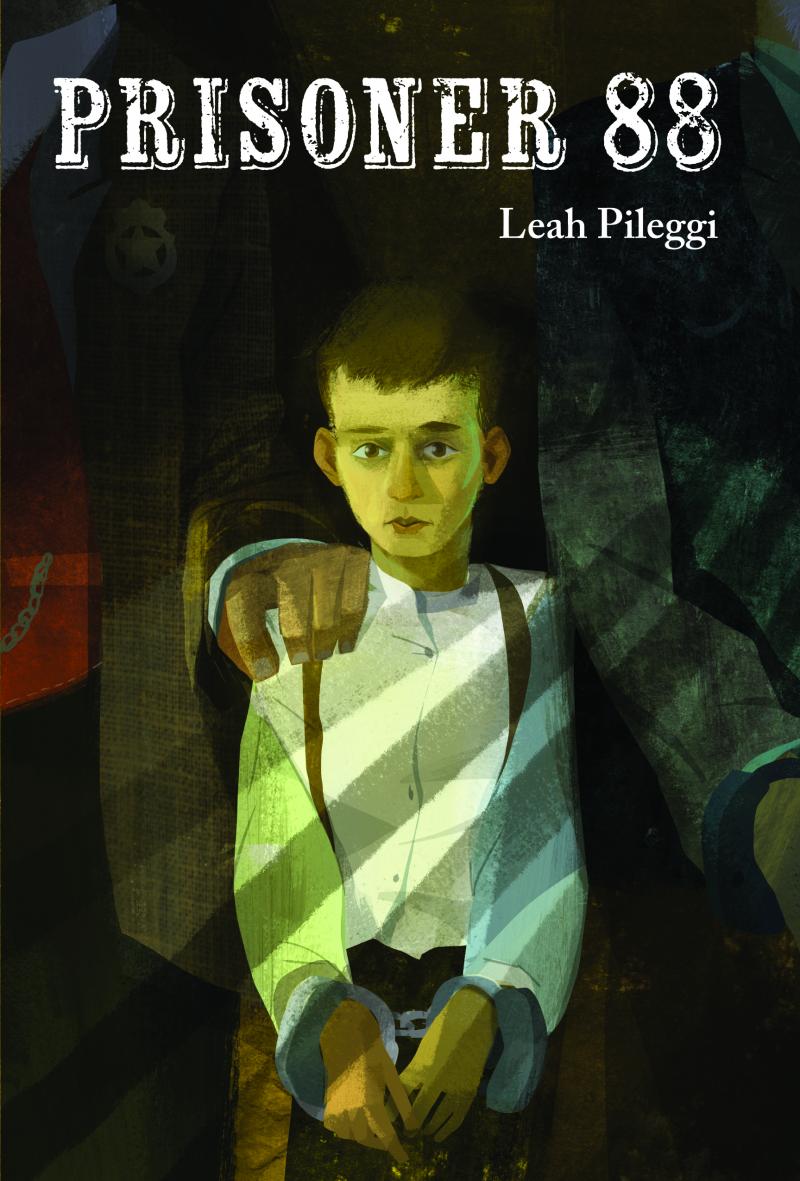 Prisoner 88 (Charlesbridge, 2013) by Leah Pileggi is an amazing story of a boy put in prison for murder. This historical novel was inspired by an actual ten-year-old prisoner who was held in the Idaho Territorial Penitentiary.
Ten-year-old Jake Oliver Evans figures he can pretty much take care of himself. He’s not happy about being named Prisoner 88, as if he’s just a number. But when he finds out he’ll get to eat a big meal every single day, he can hardly believe it. He wonders if he’s in heaven, not prison. Of course, a punishment of bread and water soon make that clear. And so does having to learn to read and write.
Leah Pileggi has taken what could be an unsympathetic character and made me care about him. At first, all I knew was that Jake had shot someone, but as I read on what happened is revealed bit by bit until . . . But I don’t want to spoil the story for anyone else.
This book had won a number of awards–read about them on the author’s site.