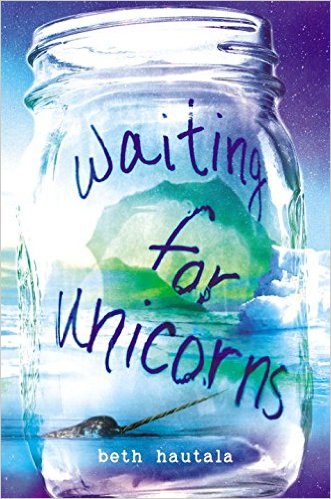 Waiting for Unicorns (Philomel, 2015) by Beth Hautala is a story of loss, loneliness and hope. (We may not all have a wish jar as the main character does, but we all know what wishing is like!)
When twelve-year-old Talia McQuinn moves north with her father she talks about leaving as “Watching things slip away from you until your insides ache and everything feels backward.” But it’s not just a simple move to a new town for Talia and her father. Instead, she’s going from one culture to another. And she’ll have to face it alone since her father will be out hunting whales, and her mother is dead.
This was author Beth Hautala’s first book.
She has recently sold her second book The Ostrich and Other Lost Things also to Philomel for publication in 2017. Read more on her website.