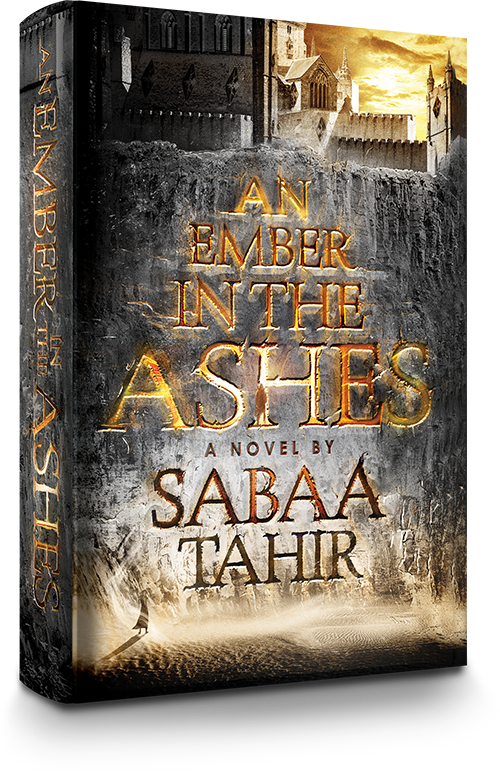 An Ember in the Ashes (Razorbill Books, 2015) by Sabaa Tahir is a compelling story told in two viewpoints where the characters’ lives eventually collide. Laia is from the oppressed Scholars; Elias from the Martial Empire. She has run to the Resistance after her brother is taken captive and her grandparents are killed. Elias is in training to be a Mask, but has plans to run away after graduation. The Resistance offers a trade to Laia–spy for us at the Martials’ training school and we’ll get you out. Only thoughts of her brother give her enough courage to face becoming a slave. Elias wants freedom for himself, but an Augur tells him he must stay to gain that freedom. So both must sacrifice the now for the future.
You can find out more about this New York Times Bestselling book at the book site or on the author’s site. Check out how many countries where this book is being sold–it’s incredible. And this is Sabaa Tahir’s first book!
There’s going to be a sequel and a movie (2017)! Woo Hoo to both!