photo courtesy of luisrock62 from morguefile.com 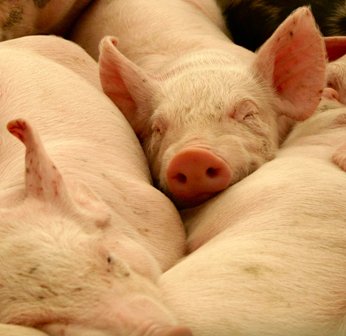 Once a friend and I were discussing how people say “you.” Where she grew up, in the Ozarks, it was “youns” for one person and for more “younses.” When my brother-in-law and family lived in Greenville, SC, they explained that “you all” or “y’all” is said to one person and to more than one is “all y’all.”
Going heavy on that type of dialect in a story can make for difficult reading. However, it got me thinking about regional differences that could add flavor without dialect.
In Denver, my neighbor called a grocery cart, a grocery buggy. Buggy makes me think baby…
Some brand names change by region, too–same product, different name. i.e. Best Foods/Hellmann’s Mayonnaise. Although be aware–there can be trademark issues with using brand names.
Traveling in upper New York near the Hudson River many years ago, we stopped at a restaurant and I ordered a “deluxe” hamburger. The waitress didn’t understand what I wanted, so I explained I wanted lettuce and tomato. She said, “Oh, California style!” As a native Oregonian I was tempted to say, “No, California style would be avocado and sprouts!”
During a Kansas critique group, I read that my characters jumped onto each other creating a pile of kids and I called it a “pig pile.” The Midwest natives explained they call it a “dog pile.” My image of a pile of baby piglets changed to that of something not so pleasant from a dog.
Once I mentioned to someone how I saw my first fireflies in Kansas. She was shocked to discover they don’t exist west of the Rockies. Though not sure how strict that border is as we never saw them in Colorado either…
Sitting at a banquet table with writers several of us poured milk in our hot tea. We’d all learned the habit in England. Speaking of tea, I’ve always ordered iced tea with those simple words. I learned in Joplin, Missouri that most people order “sweet tea,” so there I must specify “unsweet.”
I’ve retrained myself not to ask what flavors of “pop” someone has, but instead to call it “soda.” I’ve heard some areas refer to all flavors of carbonated sweet drinks as “coke.”
Clothing matters, too. Another brother-in-law, a long time resident of Montana, traveled to Alabama on business. The man picking him up at the airport had never met him but unerringly picked him out of the crowd because of his cowboy hat and heavy coat.
If you’ve never lived or visited another place, you may not be aware of your regionalisms. So take a gander (look, look see) at the Dictionary of American Regional English and check out what I think a “bear claw” is! (Listed in 100 Sample Entries.) You also might want to follow @darewords on twitter. It’s fun and educational.