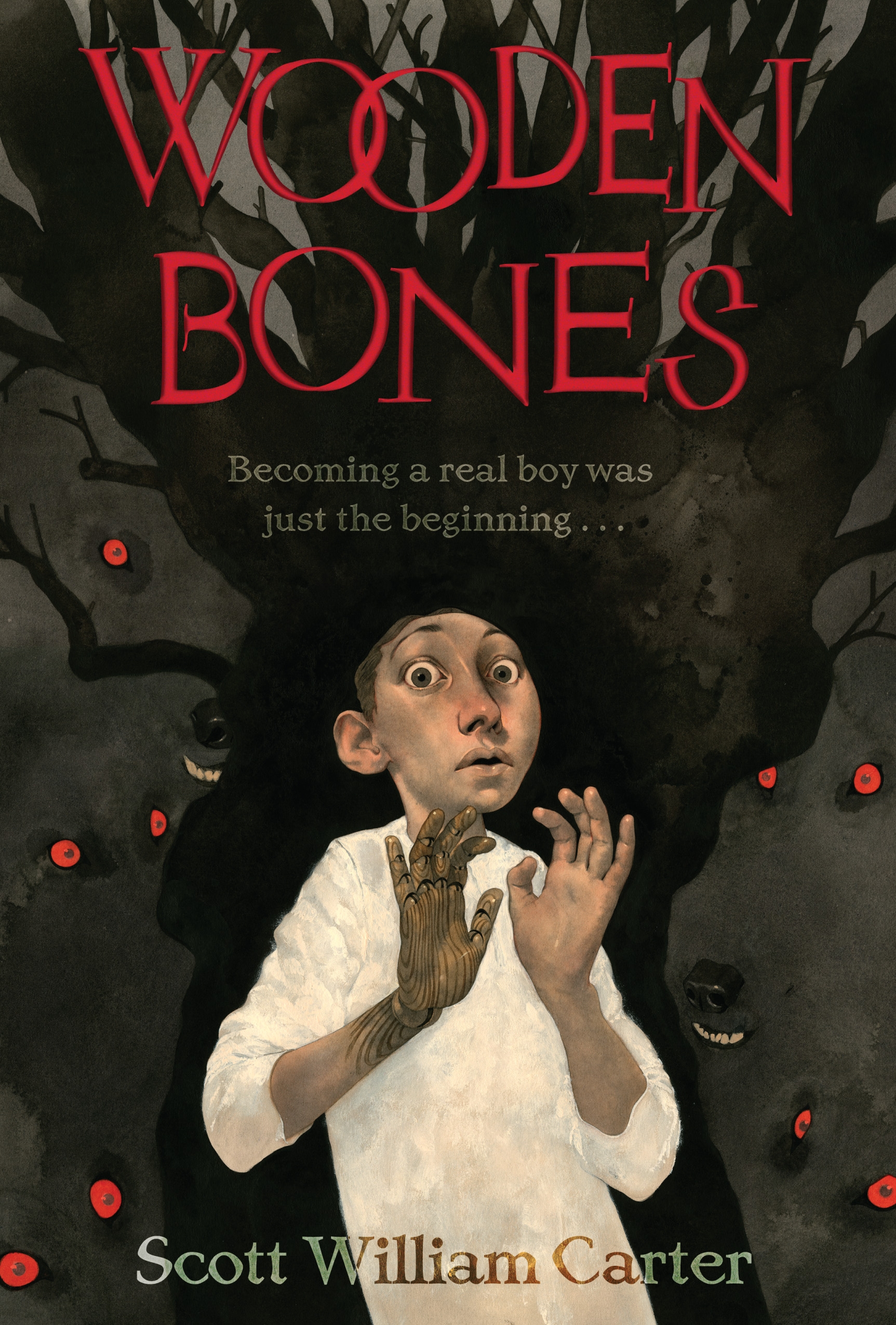 Wooden Bones (Simon & Schuster, 2012) by Scott William Carter is a dark retelling of Pinocchio. I love this sentence on the first page: “So although something extraordinary had certainly happened in this little town at the edge of a great forest, the first strange person didn’t show up asking about it until nearly winter.”
Here’s a brief intro: Pino has been working as an apprentice with Geppeto, his papa for 6 weeks. “It had been long enough that he’d started to forget all about his terrible old life.” Then a stranger comes to the door and talks to Papa. When the second one comes, Pino gets an idea of what these strangers want–for Geppetto to bring back a lost one. When Pino finds he can bring wood to life, the two must flee before an angry mob.
I won’t spoil the story with any more details. But it’s a very good book!
Read about Scott and his books here.