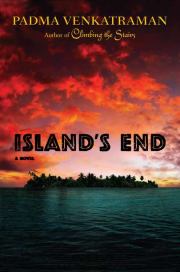 Island’s End (G.P. Putnam’s Sons, 2011) by Padma Venkatraman is modern day fiction that almost feels historical. But that’s because it is inspired by people who live as their ancestors did on the Andaman Islands near India. It’s a great story that you won’t want to miss.
Here’s a brief intro:
Living on an isolated island, Uido is woken by a dream that tells her to go to the beach where she and her little brother witness strangers arriving by boat. The siblings chase them off, but the strangers keep coming back and tempt the tribe with things not available on their island. Meanwhile Uido is chosen to be trained as the next oko-jumu (spiritual leader). When her brother is struck with a disease brought by the strangers and is dying, Uido must decide what to do for her brother and her tribe.
This is the second book by Padma. Read more about her here. 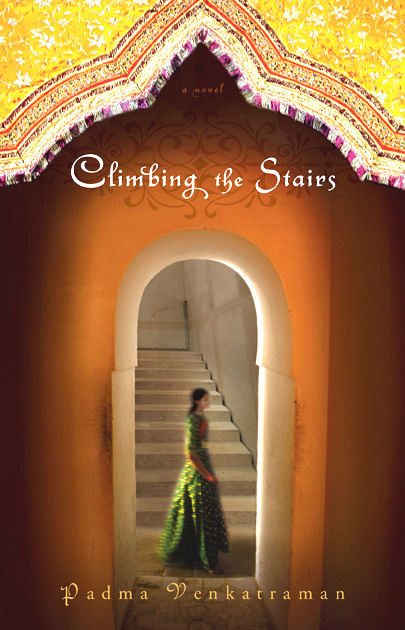 Now after reading about her award winning first book, I need to get a hold of it, too! Check out the website for Climbing the Stairs.