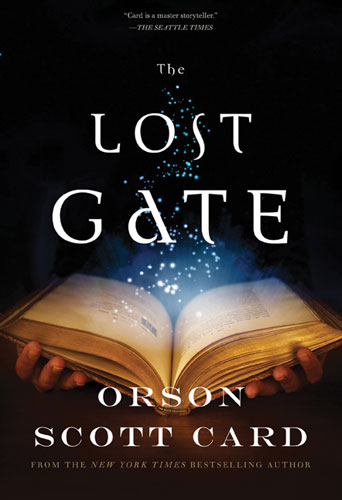 In The Lost Gate (Tor, 2011) by Orson Scott Card, Danny North doesn’t fit in to his family. Even though he’s a descendent of the gods, he doesn’t have any “godly” talents. Being very smart isn’t enough in the North family. The other kids consider him Drekka (an outsider who is less than them). Danny’s always trying to slip away from his tormentors and one day discovers himself outside the compound. But life outside isn’t going to be easy either.
Enjoy Danny’s journey to finding himself in this very good story. This book might especially appeal to teen boy readers. It’s book one of three in the Mither Mages. I’ll be definitely watching for the others when they come out.
Here’s the wonderful Orson Scott Card’s official website.