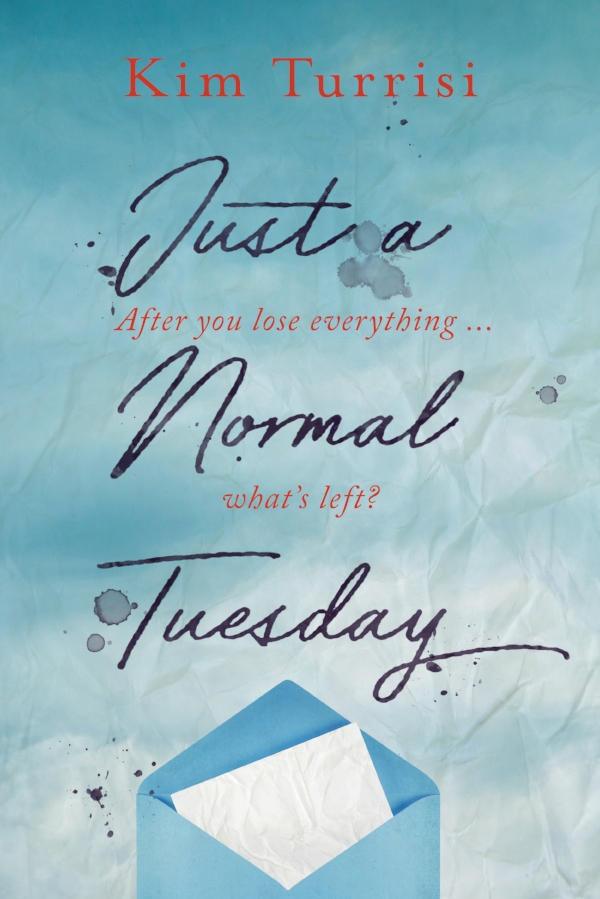 Just a Normal Tuesday (KCP Loft, 2017) by Kim Turrisi is a powerful book with an inside look at grief.
It’s just a normal Tuesday until sixteen-year-old Kai finds a suicide letter from her older sister Jen. She tries to save her sister, but it is too late and Kai’s stuck letting their parents know. Jen meant everything to Kai. How could Jen do this? Kai saw nothing to warn her of Jen’s unhappiness. To deal with the loss, Kai self-medicates with alcohol and the same drugs Jen used to kill herself, until she inevitably crashes. To save her, Kai’s parents send her away to grief camp. There she can begin healing.
Warning: the book does have language that may be offensive.
This is author Kim Turrisi’s debut novel. Although not an autobiography, she’s not a stranger to this kind of grief. She wishes grief camp had been something available to her. Read more about Kim on her website.