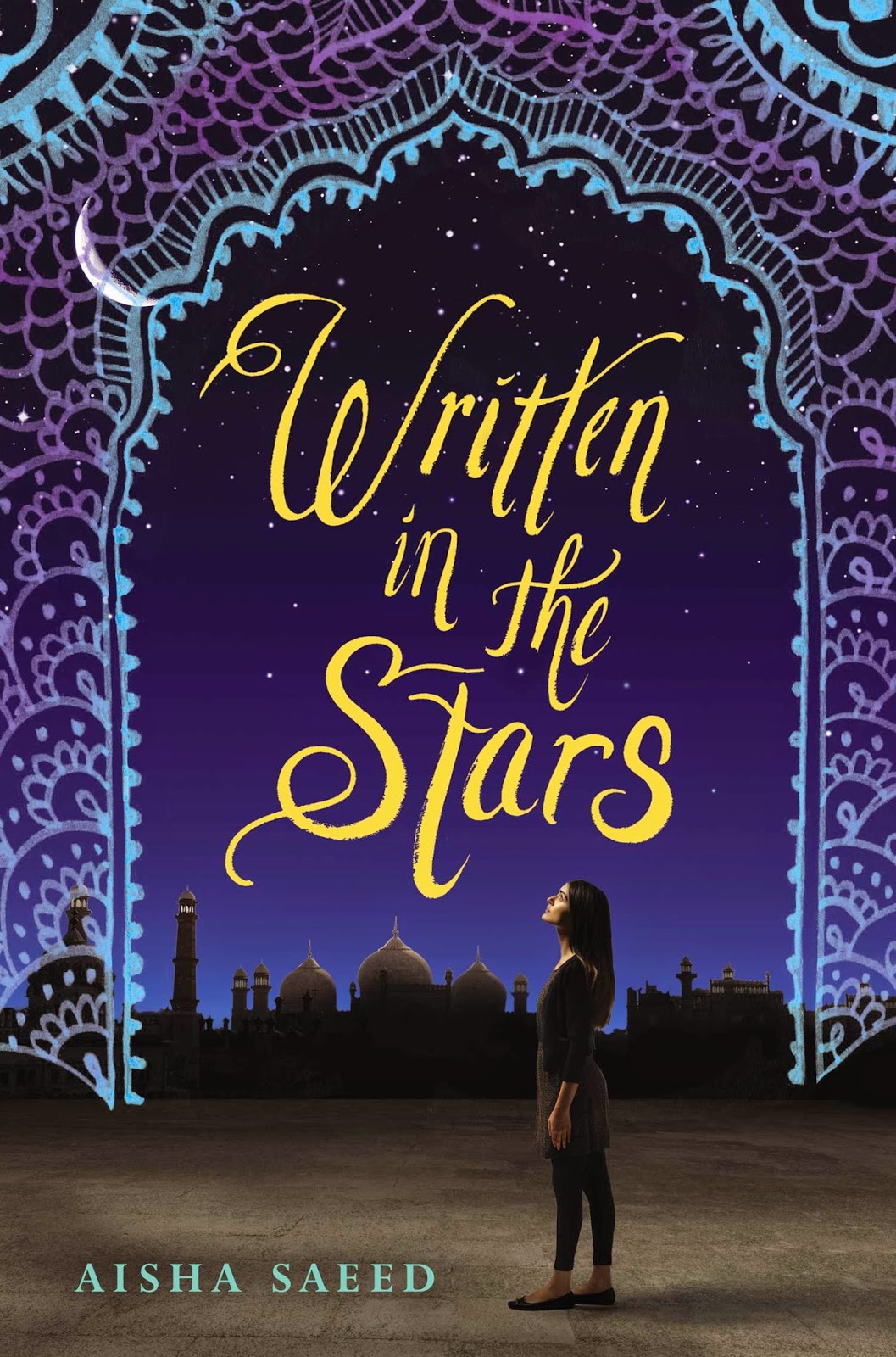 Written in the Stars (Nancy Paulsen Books, 2015) by Aisha Saeed is a heartbreaking story that needs to be told (and read). It’s natural for teens and parents to be in strife at some level, but in this story author Aisha Saeed casts the light on parent/daughter strife that has crossed into abuse when girls are forced into marriage.
Here’s a brief introduction to the novel:
Naila in some ways is a typical American high school girl. In other ways she’s living the culture her Pakistani immigrant parents order. She thinks her parents will understand her love for Saif if they just meet him. But she can’t tell them about him as she isn’t supposed to be dating. And now that’s she’s gotten an acceptance letter to college her parents are debating about whether she can even go. Disaster strikes when she and her best friend Carla cook up a plan that lets Naila go to prom with Saif . . . and her parents find out. Not only is Naila not allowed to graduate with her peers, her parents whisk the family to Pakistan for a “visit.” Well, they’ll be visiting. Naila will be forced to marry a Pakistani man and make it her home.
The book was listed as a best book of 2015 by Bank Street Books, a 2016 YALSA Quick Pick For Reluctant Readers, and was named one of the top ten books all Young Georgians Should Read 2016. (I’d like to see every teen read it!)
Aisha Saeed is a founding member of the nonprofit We Need Diverse Books™. She’s also an example of a happy arranged marriage. Read more about her on her website.