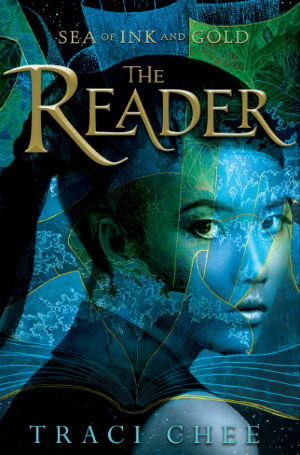 The Reader (Book One of Sea of Ink and Gold) (G.P. Putnam’s Sons, 2016) by Traci Chee is a compelling fantasy told in multiple viewpoints and with stories within the story.
And isn’t that a lovely cover?
Here’s a brief overview:
Sefia has a precious item that someone is trying to find. She and Auntie Nin have been on the run for six years after Sefia’s father was murdered and now Nin has been taken. Sefia is determined to find her. On her own she risks looking at the rectangular object she carries and is disappointed to see that is only paper with scribbles. Through hard study she finally deciphers a line of the squiggles: “This is a book.” After she realizes book is the name of the rectangle object, it hits her that everything she sees might have a sign too. Knowing the book has answers to the death of her father and where Nin is, Sefia teaches herself to read it. The cover of the book has a symbol which Sefia uses as a map on her dangerous journey.
We have glimpses into other viewpoints, Lon and Tanin, but it takes a while before we understand how they are connected to Sefia.
I feel inadequate describing the magic of this story. It’s unusual, mysterious, heartbreaking, wonderful. 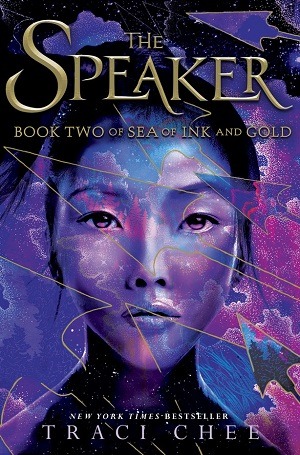 I’m really looking forward to The Speaker, book 2.
The Reader is author Traci Chee’s debut book and has become a NY Times bestseller. You can read all the starred reviews here and see the covers of the five translations.
Traci’s bio is here with links to a number of interviews.