In the late 60s, I watched “It Takes A Thief” featuring the handsome Robert Wagner. The main character was a cat burglar who got caught thieving and was recruited by the government to steal for Uncle Sam.
Connwaer got caught thieving by a magician. He also was recruited. But not to steal.
Conn may not be living on the streets anymore, but life is even more dangerous than before. At least he’s more likely to get a decent meal now that he’s a wizard’s apprentice. 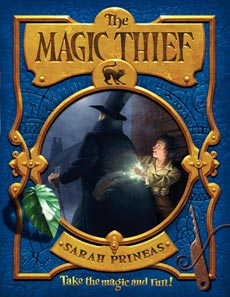 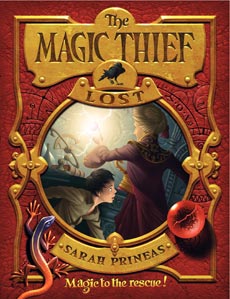 Check out this extra, a map of the city of Wellmet, an interview of Sarah, and more at the publisher’s site. 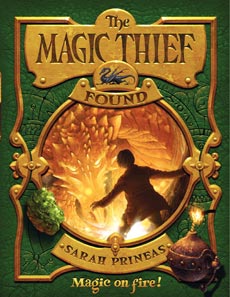 Read about the author on her site. She has a blog entry on voice. She has a unique take on magic, which I won’t reveal here. (You have to read the books!)
I love the illustrator’s work with these books, too. See more of Antonio Javier Caparo’s work. I bet you’ll agree the work is lovely.