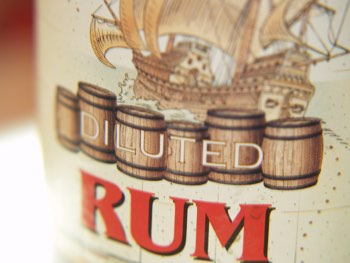 In Britain in the 18th century, rum was “proved” by adding gunpowder and seeing if it would burn. If it didn’t burn, it meant it was watered down and didn’t have enough alcohol. 100% alcohol was considered 175 proof.
Are you watering down your stories and articles by not proofing carefully? Just as British sailors would reject a watered down rum payment, editors reject watered down writing.

Common mechanical problems that water down your writing:

Use grammar checker to help you find the others in your writing. And if you like, check out these resources to help you with some other common ones: www.superteacherworksheets.com/homophones.html

Help on catching these water-downers:
After you use spell check and grammar checker–make sure you understand why you are changing something in your text–try these:

There’s more to proving yourself to an editor than these simple mechanics, but if these basics aren’t correct, an editor probably won’t even get to the content of your writing.