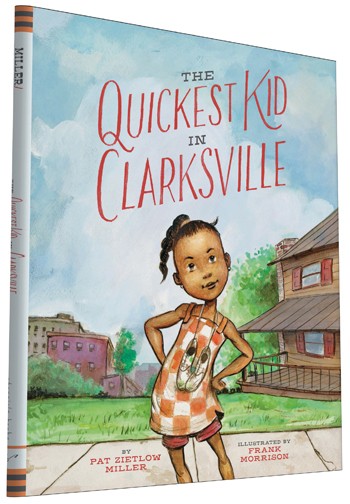 The Quickest Kid in Clarksville (Chronicle Books, 2016) by Pat Zietlow Miller and illustrated by Frank Morrison is such a fun book.
Alta is pretending she’s the fastest woman in the world. Although she knows “Wilma Rudolph–who grew up right in this town–is faster than anyone.” Then a girl she’s “never seen before comes sashaying my way like she owns the sidewalk.” Worse yet this new girl has brand new shoes to strut in. Shoes like Wilma’s. And her daddy “went uptown to get ’em.” Alta doesn’t have a “shoe-buying daddy.” The girls commence to race and . . .
You’ll have to see what happens yourself. It’s a very satisfying ending.
I love the illustrations and I love the author’s note at the end that tells readers about sprinter Wilma Rudolph, who survived polio, yet in 1960 became the first U.S. woman to win three gold medals at the same Olympics.
Read about the author here. And read about the illustrator here.

Reducing word count is especially important to magazine writers and to picture book writers since those types of writings have such low word counts. But, novelists have word limits, too. However, there are other reasons, besides the literal number, to cut words.
To my mind there are four areas to focus on for reducing word count.
First, cutting chaff.
photo courtesy of morguefile.com 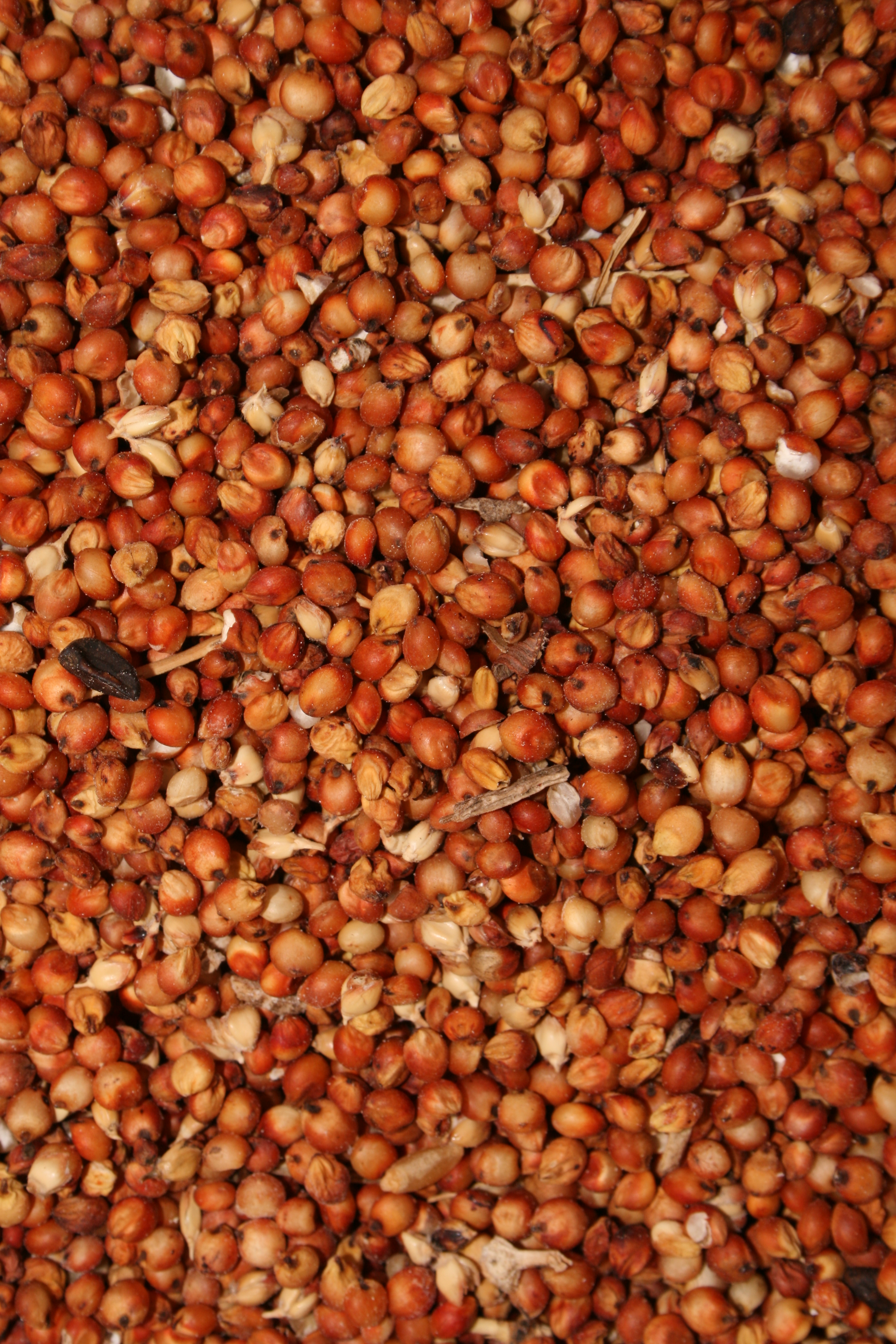 Chaff from dictionary.com:
“the mass of husks, etc, separated from the seeds during threshing”
“something of little worth; rubbish (esp in the phrase separate the wheat from the chaff)”

This applies to all types of writing. Pieces of chaff are those weasel words and overused words. Weasel words slip into our writing no matter what the topic. Some of my personal culprits are: so, then, that, just, really. Overused words I’m responsible for include: looked, turned, as. Here’s authorculture’s list of ten most overused words in fiction. This link includes overused phrases as well as words.
While searching for references, I found another meaning for weasel words in an article by Richard Nordquist: “A modifying word that undermines or contradicts the meaning of the word, phrase, or clause it accompanies, such as ‘genuine replica.'” Or in other words, doublespeak, implying something that is not true or perhaps meaningless. Read the article here.
Adverbs are often chaff. If the verb is strong enough, is the right verb, you don’t need a verb with a modifier. (e.g. dashed versus ran quickly.) But there’s something else we do with adverbs and other phrases and that’s water down our message. Again, turning to an article by Richard Nordquist, I like this definition of hedging: “In communication, a word or phrase that makes a statement less forceful or assertive.” Read the examples, if not the whole article to spot hedge words and phrases.
Adjectives could be chaff, too. A specific noun is better than a nonspecific noun with an adjective. What creates a better picture in your mind? A big car or a Hummer? The big car ran into the small car versus The Hummer crashed into the Smart car–the latter makes me shudder.
Next area, passive writing.
Finding passive verbs and making them more active, not only cuts word count, but livens the reading. (e.g. was climbing versus climbed and started to pedal versus pedaled) I like what the University of Wisconsin says here about active versus passive. Be a Better Writer explains passive verbs and continuous verbs.
I’m going to add “seems” and “seemed” to this category, as well. “She seems to want the dog.” “He seemed mad.” You’re the author. Does she want the dog or not? Was he mad or wasn’t he? Are you wanting the reader to guess? It’s also a form of telling. Let us hear what she thinks about the dog. Show us his anger. It may not actually cut words, but the writing will be stronger.
Third area, tightening.
Each time I reread what I’ve written, I find unnecessary words and/or phrases. (The original said: “I find words and/or phrases that are unnecessary.” Two words cut.) Getting rid of unnecessary words does more than make sentences shorter. The meaning becomes clearer. The writing is less cluttered.
When I tighten, I might cut whole paragraphs or scenes. (First attempt, the sentence was: “When I tighten, I might also have whole paragraphs or scenes that aren’t needed.” Four words cut.) If a paragraph/scene doesn’t “move the story forward,” doesn’t show character, or have important plot details, try reading the story without it and see if it leaves a hole or not.
Sometimes, we only need a simple transition instead of complete details. For example, “He jumped out of bed.” versus “He yawned and rubbed his eyes. After scratching his armpit, the boy flipped back the covers, slid out of bed and landed on his feet.” Yes, the latter is more interesting. But is it necessary to the scene? If every action is described in detail, then we’ll also follow him to the dresser where he opens a drawer and pulls out underwear, a shirt and pants, and puts them on along with his socks and shoes. We could have a whole page before he gets downstairs to breakfast where there’s conflict waiting. Repeat that every day of the story and the reader will be bored because nothing is happening.
In picture books, there’s a special form of tightening. That’s taking out what the illustrator will put in. We don’t usually need to describe the character’s outward appearance in the text–there will be a picture. Ditto, setting.
In picture books we also leave out things that are not important or slow down the story. I remember hearing Pat Zietlow Miller talking about her lovely book SOPHIE’S SQUASH. There’s a marker in the book. Pat said she first had the marker being the marker that Sophie wasn’t supposed to use. But the point of the marker is that it was used to draw a face on the squash. We don’t need the marker’s backstory. The drawn face on the squash is what is important.
We also don’t explain in picture books. In MR. PUSSKINS: a love story by Sam Lloyd, the cat uses a phone and the little girl drives a car. Both work without any explanation or excuse.
The final area to cut is individual words in the next to final draft.
When you are almost done with the manuscript, look at each individual manuscript page and see if you can cut five words, or twenty words. I’ve heard this suggestion from a number of authors ranging from Peg Kehret to Linda Sue Park to Richard Peck. At a recent conference, Richard challenged us to make the first line of the story fit on one line. This tightening strengthens the punch of the words.
Hard work? Oh, yeah. But worth it.