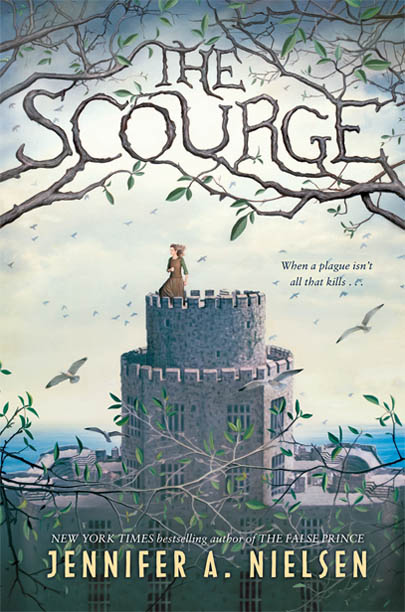 The Scourge (Scholastic Press, 2016) by Jennifer A. Nielsen is a compelling read with a likable main character, Ani Mells. (Despite the fact she can’t sing!)
“Few things were worth the risk to my life, but the juicy vinefruit was one of them,” is the first line of the book. What an introduction to this gutsy girl, one of the River People. Shortly after enjoying the vinefruit, Ani gets caught by the governor’s wardens and will be tested to see if she has the dreaded plague. When it is determined that Ani does have The Scourge, and is being sent to the Colony on Attic Island, her loyal best friend, Weevil, joins her. There they discover a secret that will change everything in Kelden–if only they can escape and share what they’ve found.
I’d like to see this story on the big screen. Although we’re all still waiting to see if the author’s book The False Prince will be made into a movie… There has been some progress, but the movie business moves slowly. On her blog, Jennifer explains she might hear more in February.
Learn more about the bestselling author here. 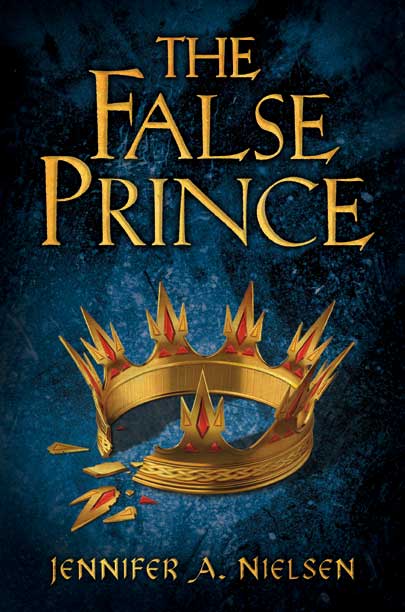