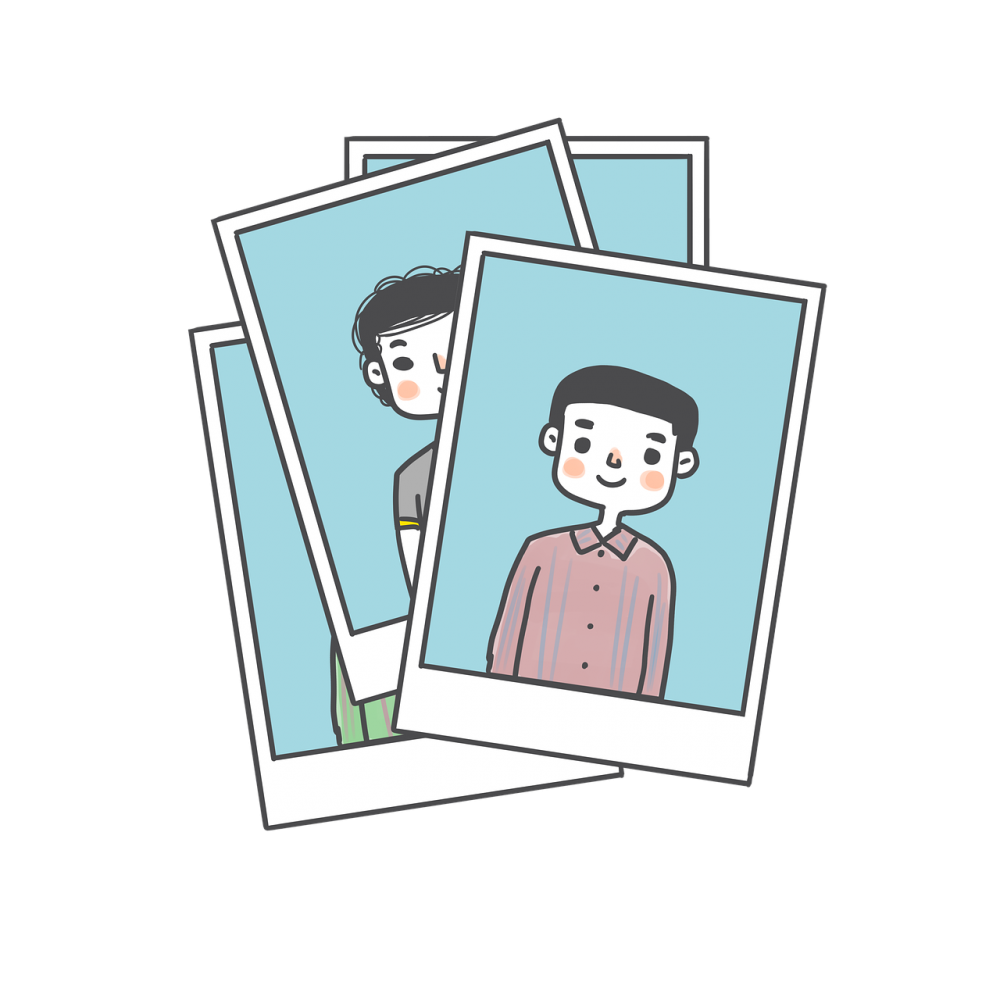 One fiction assignment at the Institute of Children’s Literature is to write something inspired by a picture in the manual. The pictures show people (or animals) doing something—each picture can inspire ideas for a story.

Many years ago I attended a workshop where the speaker, Peggy King Anderson, had laid out newspaper and magazine clippings of drawings and photos. Our instructions were to pick several images that appealed to us. Then, asking ourselves questions about who, where, what, and when, we wrote a paragraph triggered by the pictures and the questions. That exercise created a character for me who wouldn’t let me go.

Once I was contacted by a publisher who had a project where books for English as a Foreign Language had been written and illustrated, but not published. There was a change in company staff and the new editors wanted to go a different direction. However, it was too expensive to start from scratch with new illustrations, so they wanted writers to take the existing spreads of illustrations and fix the text.

Here’s part of what my editor said, “It has the potential to be a fine story, it just needs a little work. The main thing is that it’s pretty humorless. And with a title like that, it needs humor! Also Jake’s moaning about how his summer is ruined . . . gets old fast. Really try to write it from the mind of a kid. You can change the whole story or just tweak it. Try to make it more entertaining! Don’t be afraid to be funny. And you can change the title.”

I read the original story and agreed that the main character was too whiny. I analyzed the story and found this main issue: the main character didn’t have a strong reason to solve the problem and he wasn’t in control. His mother made a lot of the decisions. That meant I didn’t care about him. There also was a lot of telling.

Brainstorming, I asked how I could make the problem a bigger deal for this kid. I asked how it could become more important to him. What could make it worse for him? I made the problem relational—it wasn’t just something ruined, but his friend’s possession that was ruined. His friend might get mad at him if he can’t fix it. That raised the stakes.

Next, I printed out the illustrations and ignored the existing text. I rewrote the story using showing instead of telling and made each set of words fit with the picture on a page. I rearranged some of the pictures. Changed a character where I could. Most every time there was a place for a decision or suggestion to be made, I had the main character make it—that put him in control, not his mom. Most importantly, his suggestion at the end of the story solves the problem.

When I submitted it to the editor, this is what I got back: “You’ve done a great job with this story! I think it works really well; it’s a lot of fun and now it makes a lot more sense why Jake was so worried . . . I really like what you’ve done. I have a few small changes to suggest . . .”

I revised again and the story (and new title) was approved. (The Smell of Trouble was published in 2012 by Compass Media.) Plus, they asked me to do more stories.

How does this apply to you? You can also be inspired by pictures. Here are some ideas:

Ask someone else to choose some story starter images for you.* Action pictures are good. Also, ones that make you asks questions. (Internet sites such as pixabay.com could be used. Challenge yourself to come up with a story for one picture and write the story.

*in case you don’t have anyone willing to do this for you, here are some images:

Start an image collection. Add anything that appeals to you, causes emotion, or reaction. This might be a character you’d like to write about, a setting that reminds you of something from your childhood, an interesting object. There’s no limit. I know one writer who pastes them into a journal and sometimes jots down a few words. When he needs an idea, he flips through the pages for inspiration. You can do the same whether your images are in a folder or a journal.

Take a picture book or easy reader that you don’t like. Only look at the images. What else could be happening in the story? Perhaps you’re more interested in a sidekick than the main character. Brainstorm about the sidekick and what he needs. Remember the images don’t have to stay in the same order. Nor do you have to use them all to get ideas flowing.

Or take characters from two different stories. What would it be like if you put them together? You aren’t limited by who they are in their stories. Consider changing their personalities. Create different conflicts. Put them in a new setting. Have fun with it and something extraordinary might happen.

And don’t forget your own cell phone photos. Some of them may prompt story ideas, too.

I’d love to hear from others who have been inspired by pictures. Feel free to share in comments.