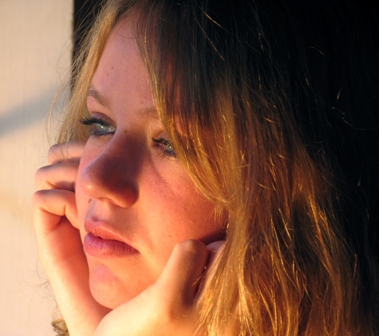 If you’re heartbroken, don’t let it stop you from writing and submitting, at least without great thought. Be encouraged by this guest post by Krista Van Dolzer:

When Cupid* asked me to share a little advice and encouragement about the querying process, my first thought was that I was the perfect person to write this post 🙂 I queried my first manuscript in 2008, and here it is, 2012, and I’m just landing an agent, almost four years exactly after I sent my first query.
To be honest, I thought my last manuscript was going to be the One. It was the third manuscript I’d queried, so I definitely knew what I was doing, and my request rate was well over fifty percent. I received multiple revision requests and got all kinds of positive feedback, but in the end, nobody loved it enough to offer.
I was devastated, heartbroken. I’d thrown myself over the cliff, certain my parachute was finally going to open, but instead, I slammed into the pavement in full-scale freefall. The rejections hurt more because I knew how close I was.
I started querying my fourth manuscript in a weird in-between place. I felt good about the project, really good (one of my critique partners read the whole thing in one sitting, and another couldn’t wait to recommend it to her agent), but I was well aware of the fact that querying, like life, usually doesn’t turn out the way we expect it to.
And so it was with Steve. (That’s what I call him around the house, since THE REGENERATED MAN AND ME is a little more of a mouthful.) I’d imagined getting an offer within a couple of weeks from one of the fast responders I’d queried, but that didn’t happen.
As it turned out, what did happen was way better than anything I could have planned.
A few weeks ago, I signed with Kate Schafer Testerman, the agent who was literally at the top of my list, and I couldn’t be more excited. (If you’re not already sick of me, you can check out part one and part two of the story on my blog.) She’s the agent I would have picked if I could have picked anyone, and she picked me.
I’m not going to tell you to keep going, to never give up, because when you’ve been going for a while and you’re still waiting for that miracle, that’s the last thing you want anybody to tell you. Sometimes taking a step back, at least for a while, is the best thing to do, and that’s okay. But what I am going to say is that you never know when life will surprise you. We writers should know better than anyone that the best stories are the ones you don’t try to force.

*This post first appeared on Cupid’s Literary Connection on April 23rd and is used by permission.
Picture is courtesy of Anita Patterson on morguefile.com.
Read more about Krista on her blog, Mother. Write. (Repeat.). And check out her Agent Inbox feature.