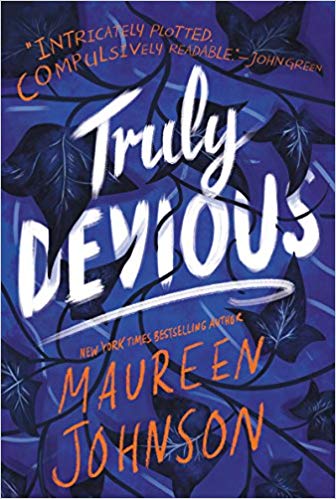 Truly Devious (Katherine Tegen Books, 2018) by Maureen Johnson is a fun mystery covering two time periods–an unsolved crime from the 1930’s and present day mysteries. Both are set at the Ellingham Academy, a private school in Vermont.

Student Stevie Bell knows everything there is to know about the cold case of kidnappings and murder. And now she gets to examine the premises firsthand. Unfortunately, Truly Devious, has returned. Will he kill again?

The novel switches back and forth between the past and present providing fascinating tidbits of detail. It’s a compelling read and is the first book in trilogy. I’m midway through the second book–The Vanishing Stair–but unfortunately will have to wait till January for the third–The Hand on the Wall.

Maureen Johnson is a best-selling YA author. Check out all her books here. and read about the author here. 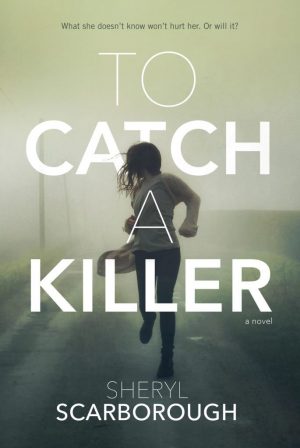 To Catch a Killer (Tor Teen, 2017) by Sheryl Scarborough is one of those compelling hard to put down books.

The story opens with seventeen-year-old Erin in the back of a police car pulling into the police station. Someone has killed her biology teacher and Erin found her. She’s here to give her statement. But once they learn Erin’s full name there’s concern whether this could have anything to do with her mother’s murder thirteen years ago. It can’t possibly, right?

Rachel, Erin’s guardian and her mom’s best friend, doesn’t talk about that time or even about Erin’s mother. Or who Erin’s father could be. The biology teacher was helping Erin narrow her potential fathers down with DNA. Her last words to Erin were “be careful.” Turns out Erin’s crush, Journey Michaels, was also being helped by Miss P. Even though they’ve never spoken before, the two band together to solve both crimes.

The novel is full of forensic facts–Erin’s been reading her Uncle’s books (he’s an FBI agent), suspense, secrets, betrayal, and danger. I’m excited to learn the book has a sequel. 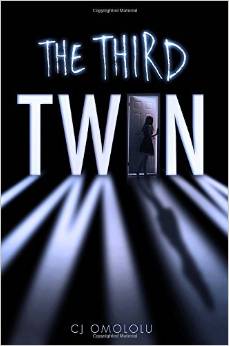 It was the title that drew my attention to The Third Twin (Delacorte, 2015) by CJ Omololu. And the insides rewarded me in this fascinating book.
Told from the viewpoint of Lexie, their fun and games with “Alicia”–the made up triplet–go horribly wrong when a boy who “Alicia” escapes from turns up murdered the next night. How can Lexie not suspect her identical twin Ava of killing him when she’s shown a video of a girl who looks just like her at the scene? Lexie knows she wasn’t there. But Ava denies being there, too.
I loved the multiple twists in this story of a girl caught in a nightmare.
If you like mysteries such as the ones April Henry writes, you’ll like this one, too.
Visit the author at her site and you can find out the source of her interesting last name.