Guest post by the wonderful Bruce Hale!
aka The Writer Guy

Have you ever read a manuscript where everybody talks alike, and you can’t tell the characters apart without a constant “said Jack”? I have. This problem crops up again and again in unpublished manuscripts I’ve critiqued, and it’s one of the things keeping those authors from getting published.

But it doesn’t have to be that way.

If you want to make your characters stand out and be unique (i.e.: see the light of day in a published book), first try running your dialog through the cliché detector. Figures of speech can be so common you don’t even notice them – phrases like, “we’re not out of the woods yet,” or “don’t count your chickens before they hatch” tend to slip right past our radar. Don’t let them.
Make your dialog better than that, more original. In your dialog revision, take the time to establish a voice, even a lexicon for each of your main characters. It’ll make them stand out from each other, and more, it’ll make them jump off the page. Here are four ways to make your characters “talk different.” 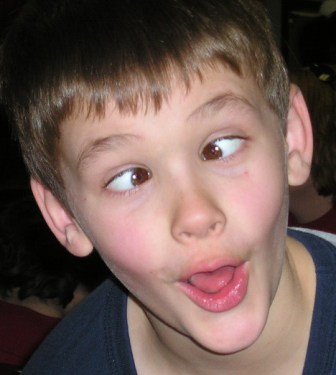 1. ATTITUDE:
Is your character defensive, combative, a know-it-all, a joker? Make sure that her dialog consistently reflects this.
Let your character’s attitude inform every utterance. As an example, take Deborah Wiles’ EACH LITTLE BIRD THAT SINGS. The obnoxious little boy, Peach, could have just said, “Good morning, Comfort,” when he came into her room. Instead he says, “It’s morning and I’ve come to see you!”
That little tweak shows us his quirky personality, as well as his attitude. Is he excited to see Comfort? Oh, yes. (Is she excited to see him? Not so much — and her dialog reflects this.)

2. EDUCATION:
Your characters’ level of education determines so much of their speech, from word choice to sentence length and complexity. Make sure that you take this into consideration and use it to set characters apart from each other.
Have the smart characters use bigger words than the rest; have the not-as-smart-as-they-think-they-are characters MISuse bigger words. In my book, FAREWELL, MY LUNCHBAG, janitor Maureen DeBree aspires to a more sophisticated means of expression than her education allows. That’s why she says things like “Don’t cast nasturtiums” instead of “Don’t cast aspersions,” and advises the detectives to use their powers of “reduction,” instead of “deduction.”

3. FRAME OF REFERENCE:
What does your character obsess over? What kind of background did he come from? What kind of world does she live in? These considerations will inform what your characters say and how they say it.
For example, in EACH LITTLE BIRD THAT SINGS, Comfort’s older brother, Tidings, is obsessed with all things military. When he greets her, he says, “Easy, Private!” When asked where the visitors are, he says, “The troops are reconnoitered in the back parking lot.” It’s never a challenge to know when Tidings is speaking, and his dialog reveals a lot about who he is and what his aspirations are.

4. EXCLAMATIONS
What kind of character would say, “Criminently”? What character would say, “Eeww, gross”? (Hint: probably not the same character.) Exclamations are a small touch, but if you use them right, they can help the reader zero in on the personality of whoever is speaking in a heartbeat.
For example, in the Dresden Files series by Jim Butcher, the hero, Harry Dresden, is a wizard/private investigator. He uses phrases like “Hell’s bells” and “Stars and stones” as exclamations, giving him a uniquely wizardly way of expressing himself. If he just said “damn” and “holy moley,” it wouldn’t have the same effect.
Take these four considerations into account, the next time you’re taking a closer look at dialog. And I guarantee, to paraphrase David Sedaris, that your characters will “talk pretty one day.” 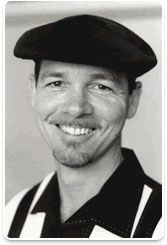 Edgar-nominated author-illustrator Bruce Hale is passionate about inspiring reluctant readers to open books (and read them). He has written or illustrated more than 25 seriously funny books for children, including the award-winning Chet Gecko Mysteries series, Snoring Beauty (one of Oprah’s Recommended Reads for Kids), and the comics-novel hybrid, Underwhere. Read more about the books on Bruce’s website.
An actor and Fulbright Scholar in Storytelling, Bruce is in demand as a speaker, having presented at conferences, universities, and schools all across North America.
Plus, he’s one nice guy.