This is expressed easiest by examples. The following are not limited to children’s books and includes current books as well as some classics. Mainly they are novel excerpts, but some are from picture books.
First lines
“It was a bright cold day in April, and the clocks were striking thirteen.” 1984 by George Orwell
“I should of been in school that April day.” A Day No Pigs Would Die by Robert Newton Peck
“‘Where’s Papa going with that ax?’ said Fern to her mother as they were setting the table for breakfast.” Charlotte’s Web by E.B. White
“That fool of a fairy Lucinda did not intend to lay a curse on me.” Ella Enchanted by Gail Carson Levine
“He came one late, wet spring, and brought the wide world back to my doorstep.” Fool’s Errand by Robin Hobb
“I intensely disliked my father’s fifth wife, but not to the point of murder.” Hot Money by Dick Francis
“I write this sitting in the kitchen sink.” I Capture the Castle by Dodie Smith
“‘Christmas won’t be Christmas without any presents,’ grumbled Jo, lying on the rug.” Little Women by Louisa May Alcott
“In an old house in Paris that was covered in vines lived twelve little girls in two straight lines.” Madeline, by Ludwig Bemelmans
“When May died, Ob came back to the trailor, got out of his good suit and into his regular clothes, then went and sat in the Chevy for the rest of the night.” Missing May by Cynthia Rylant
“All children, except one, grow up.” Peter Pan by J.M. Barrie
“I was fourteen the summer Mama took off for the Birdcage Collectors’ Convention and had ourselves what is now know in this town as the Adrienne Dabney Incident.” send me down a miracle by Han Nolan
“Marylou loved everything about Herbie–how his slime trail glistened in the dark, how he could squeeze inside the cellar window, how he always found the juiciest tomato.” Slug in Love by Susan Pearson
“NOTICE
Persons attempting to find a motive in this narrative will be prosecuted; persons attempting to find a moral in it will be banished; persons attempting to find a plot in it will be shot.” The Adventures of Huckleberry Finn by Mark Twain
“If you really want to hear about it, the first thing you’ll probably want to know is where I was born, and what my lousy childhood was like, and how my parents were occupied and all before they had me, and all that David Copperfield kind of crap, but…” The Catcher in the Rye by J.D. Salinger
“They had tried to destroy the Will, but that proved to be beyond their power.” The Keys to the Kingdom by Garth Nix
“Mrs. Eva Marie Olinski always gave good answers.” The View From Saturday by E.L. Konigsburg
“Thunder Bunny was a surprise.” Thunder Bunny by Barbara Helen Berger
“‘Take my camel, dear,’ said my Aunt Dot, as she climbed down from this animal on her return from High Mass.” Towers of Trebizond by Rose Macaulay
Reaction
What I find in common will all these lines is they get a reaction from me. Sometimes it’s a double-take of “huh?” Other times it makes me want to know more about either the character or what is happening. Sometimes they make me laugh. Or sympathize. It may be that the language or cadence itself has appeal. But all of them make me want to read on. I’ve been hooked!
How to Build Your Own Good First Line
It’s doubtful that the very first line you write will be the one that stays as the first line of your book, especially for novel length works. I’ve had them be ripped out entirely, rewritten dozens and dozens of time, moved to a later chapter. I’ve also written most of the book and come back and created a new opening when I knew more about my characters.
Here are the categories from the previous post (thought they may be restated) plus some additional ideas to get you thinking of what might work best for your story..

Of course, some openings will fit in multiple categories.
Try openings a number of different ways. Set them aside. What one “haunts” you? What one do you keep thinking about? If none do, maybe you need to come at it from another direction. Find one that seems to express your story the best.
Test it, or several versions, on listeners. Try it with other writers, with children of the appropriate audience age. Ask them to answer the simple question “Does it make you want to read on?”
What if this just doesn’t work for you?
Don’t panic. Not all good books start with a compelling first line. Some begin more slowly. It’s the first paragraph or first page that reels the reader in. If that’s more your style, I suggest you study book openings that do that and see what they have in common. 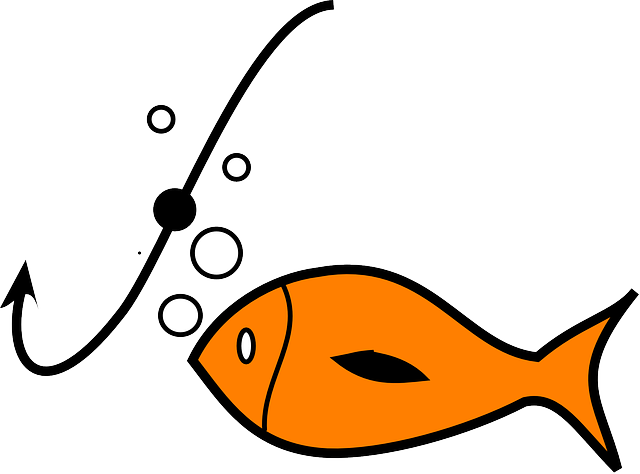 Hooks get the reader …

Establish setting
“The temperature of the room dropped fast. Ice formed not he curtains and crusted thickly around the lights in the ceiling.” Jonathan Stroud, The Amulet of Samarkand (The Bartimaeus Trilogy, Book 1)
“In a hole in the ground there lived a hobbit. Not a nasty, dirty, wet hole, filled with the ends of worms and an oozy smell, nor yet a dry, bare, sandy hole with nothing in it to sit down on or to eat: it was a hobbit-hole, and that means comfort.” J.R.R. Tolkien, The Hobbit
“Korea, fifteenth century.” Linda Sue Park, The Kite Fighters

Foreshadow
“Which would you rather be, fat or dead?” Cherie Bennett, Life in the Fat Lane
“When I left my office that beautiful spring day, I had no idea what was in store for me. To begin with, everything was too perfect for anything unusual to happen.” Wilson Rawls, Where the Red Fern Grows

Generate questions for the reader
“It was a pleasure to burn.” Ray Bradbury, Fahrenheit 451
“This is my favorite book in all the world, though I have never read it.” William Goldman, The Princess Bride

Look back before the present story actually begins
“Here is James Henry Trotter when he was about four years old. Up until this time, he had had a happy life, living peacefully with his mother and father in a beautiful house beside the sea.” Roald Dahl, James and the Giant Peach
“For as long as she could remember it had been the two of them. ‘Me and Daddy. Daddy and me.'” Norma Fox Mazer, Taking Terri Mueller

Present the protagonist and/or antagonist
“I’m the kind of person who loves being thrilled by a scary book or movie.” Willo Davis Roberts, Hostage
“I was born singing. Most babies cry. I sang an aria.” Gail Carson Levine, Fairest

Present the victim
“The corpse without hands lay in the bottom of a small sailing dinghy drifting just within sight of the Suffolk coast.” P.D. James, Unnatural Causes

Raise the curtain on the action
“‘Hey, Killer! How’s your boyfriend?’
“Juliet Dove felt her cheeks begin to burn.” Bruce Colville, Juliet Dove Queen of Love
“Something was wrong. Kaeldra knew it the moment she awoke.” Susan Fletcher, Dragon’s Milk

Set the tone of the book
“I’ve always loved a good mystery. Like, how do they squeeze ketchup into those little plastic packets?” Bruce Hale, The Chameleon Wore Chartreuse, a Chet Gecko book
“The house looked strange. It was completely empty now, and the door was flung wide open, like something wild had just escaped from it.” Edward Bloor, Tangerine

Shock the reader
“It was a dark, blustery afternoon in spring, and the city of London was chasing a small mining town across the dried-out bed of the old North Sea.” Philip Reed, Mortal Engine
“Worms dangled in Aunt Jessie’s kitchen: red worms swarming over a lump of brown mud in a bowl.” Sharon Creech, Chasing Redbird

Start with dialogue (internal or external)
“Most stories start at the beginning, but I really can’t say I know where that is.” Sara Nickerson, How to Disappear Completely and Never Be Found
“‘I’m leaving.’ Dad stands above me in the living room.” Lorie Ann Grover, Hold Me Tight
“‘I don’t even know what I did this time,’ I say to my best friend, Harrison Emerson.” Gennifer Choldenko, Notes from a Liar and Her Dog

State motive
“He chose the Lacey family at first because of the sailboat.” Elaine Marie Alphin, Counterfeit Son
“I came up here to make a dead man change his mind.” Hake Talbot, Rim of the Pit

Upset stereotypical images
“In the land of Ingary, where such things as seven-league boots and cloaks of invisibility really exist, it is quite a misfortunate to be born the eldest of three.” Diana Wynne Jones, Howl’s Moving Castle

Unhooks!
• typos
• once upon a time – too old-fashioned and clichéd
• beginning with a downer
• trying to say everything in the first sentence
• starting in a place of inactivity
• describing irrelevant things in too much detail
• inadvertent mood switches
• baiting the reader with one story, and then swapping it for another
• a weak opening

I’d love to hear other suggestions on this topic. Just include info in the comments.