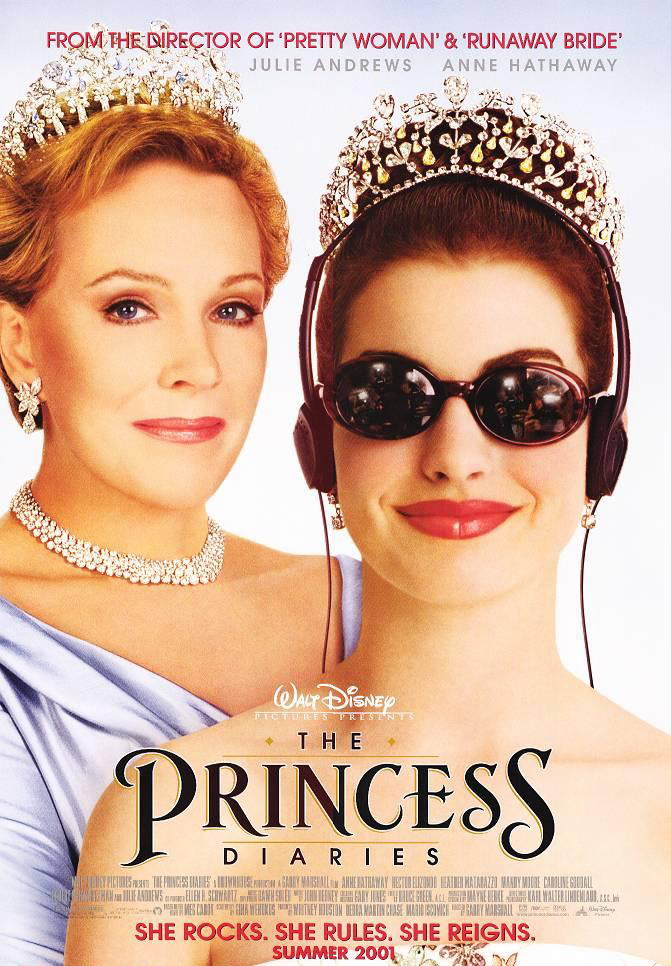 Too long, needed to more quickly get to the point, didn’t add to the story, wasn’t enough of a comeuppance for the bad girl… The comments by the director about the deleted scenes for the movie The Princess Diaries (2001) are valuable reminders for editing our own stories. (Watch them on the DVD.) As I did, you’ll probably find yourself agreeing, yes, that scene wasn’t necessary. Or, yes, it’s a stronger story without this one. The director even cut some of his favorite scenes to make a better movie.
Enabling us to produce better manuscripts is why critique groups exist. Watching the director commentary was almost like getting a bird’s eye view of a critique from start to finish: the pre-critiqued version and the tightened, more focused version. For me, it gave me additional tools for looking at scenes in my own fiction. I learned these questions*:
• Does this add to the story?
• Does this get the emotional reaction I want?
• Am I getting to the main point here?
• Will the reader care about this?
• How does this make my main character appear?
• Is my antagonist getting what he deserves?
• Is this the right time for this relationship/problem to be resolved?
I shouldn’t just ask these questions of myself, but ask my critique group to respond, too.
Does this mean I might have to cut a scene I like? Yes. Does this mean I’ll have to do rewriting and reordering? Yes. Will it be worth it? YES! If my story goes out to an editor stronger, clearer, better focused, my odds of acceptance are increased.
*Variants of these questions may also be useful when critiquing others.
• What is the emotional reaction you want from this scene?
• Your main character seems rather useless here, is that what you want me to think?
• Do you think your villain is getting what he deserves here?
• Should these characters be getting along so well in this scene?
In addition to being more thought provoking, critique questions can also make a nice variation from “too long,” “need to get to the point more quickly,” etc. statements.
Got any other movie examples that help remind us what to edit in our own stories? Feel free to share them here.

A SAMPLE FACE-TO-FACE CRITIQUE GROUP
In this scenario, each writer brings a manuscript for critique. Depending on the size of the group, it may be limited to 5 or 6 pages, or other groups use a timer. Hard copies may be brought for each critiquer to make notes. Otherwise, blank paper is needed. The writer or reader (can be someone besides the author) reads the manuscript aloud. The critiquers take turns commenting on what they found.
THE READER needs to say:
• what the piece is: an article, a short story, the opening of a novel, an essay, etc
• who the audience is: adults, children (if so, what age), secular or religious market
• if a specific market is in mind, say so (i.e. Highlights Magazine)
• word length
• MAY say, this is a first draft, but NOT apologize

THE CRITIQUERS need to:
1. Listen and write down comments as the piece is read–a simple way to note what you think is by using, plusses, minuses, and question marks. e.g.
+ flapping gums – lifeless cadaver
? why did Matthew …. + Amy’s character
+ smashed – was walking is passive

2. Give a verbal presentation of their critique, stating something positive first (i.e. I like your idea, how you showed your character, the title, etc.)
3. Share areas of the writing that were confusing, that could be phrased better, etc.
4. Make marketing suggestions, if something comes to mind.
5. Don’t repeat every thing that everyone else has already said, though feel to add “agree with” and/or “disagree with or I got that” on written notes on manuscript. May say, after saying something positive, “the only thing I have to add is . . .” If you disagree with another’s comments and feel it needs to be said aloud, say so nicely.
6. Give written comments to the reader when done.
The next READER passes out manuscripts and reads. Everyone gets an opportunity. Many leaders keep track of the order of readers presenting from meeting to meeting, so someone isn’t always first or last.
Some groups send material ahead of time to each member to read so the time together is only spent sharing comments.
Groups often form long-lasting relationships. But sometimes a group is not a match. Try another group.
ONLINE CRITIQUES
Online critique groups work similarly, but have special needs, especially the notating on the manuscript itself. There are several methods that make it easy to do however.
• If all members of group use Microsoft Word (and similar versions), the commenting option is a great way to put reader’s comments in a manuscript. Each member will save the pages being critiqued with their own name added to the file name, so the writer knows who wrote which critique in case of questions.
• Other groups might use a combination of highlighting (e.g. green for what the critiquer likes and yellow for areas of concern) with comments typed in CAPS to separate them from the manuscript. Text boxes can be used as well for comments.
Usually with either of these methods, every member of the group sees general comments in email, but only the writer sees the line-by-line comments. In either case, both general comments and manuscript notations will include positive as well as negative.
Some groups use an online work space, such as google docs or pbworks, to upload documents and post comments so everyone in the group can see others’ comments.

ONE-ON-ONES
You may also find that a particular person in one of your groups is especially good at helping you in an area of weakness. Perhaps you can do one-on-one critique exchanges with each other.
In my case one critique group had been telling me that I needed to share more of my character’s emotions. I’d look at my chapters and think, Where?! I met another gal who read a chapter and said, “I want to know what she is thinking/feeling here.” She told me exactly where in the manuscript. The proverbial light bulb clicked on. She was willing to read the entire manuscript in exchange for the same from me. Her input was invaluable.
Some people find someone to do a critique exchange via an online writers group, or at a writers workshop or conference. If you don’t know someone well, always agree to a trial of either a chapter or so many pages, instead of promising to exchange complete manuscript novels. Make sure you each find the other person’s comments helpful before proceeding.