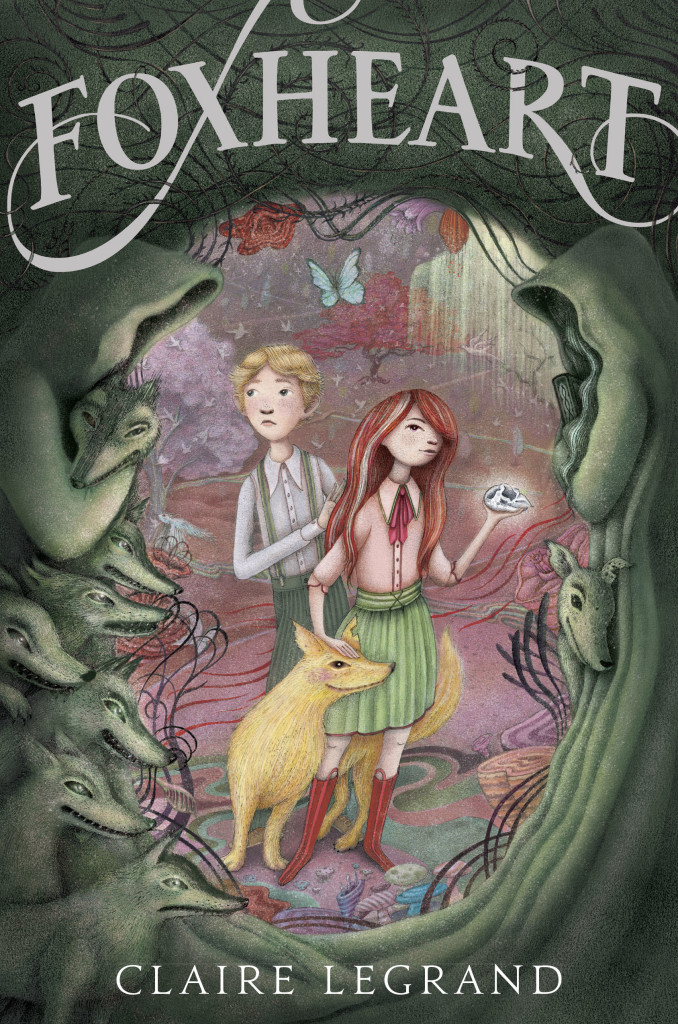 Foxheart (Greenwillow Books, 2016) by Claire Legrand starts out with an unlikable main character that I grew to like a lot.
“For the first twelve years of her life, Girl had no name.” Left at the Convent at age three, she wouldn’t even talk for two years. Her gray hair made her unusual too and everyone was suspicious of the unusual. At age five when she wouldn’t tell the sisters her name, her punishment was to be given no name. Of course, the other orphans made up names for her. Girl took advantage of this and acted like a pig when the girls called her one. Called herself Pigwitch Girl while stealing from a woman from town.
Though obnoxious on the outside, Girl yearns for her parents. When she’s ten, a stray yellow dog becomes her sole friend and she names him Fox. She dreams about becoming the best thief in the Star Lands. But one night her whole life changes, and Girl has to run for her life.
I really enjoyed the story and the different characters we are introduced to and I loved the cover that hints to all kinds of things in the story. The book is a 2016 Junior Library Guild selection.
Author Claire Legrand has a number of other books that you can check out here. Three books are slated for 2018 and 2019.