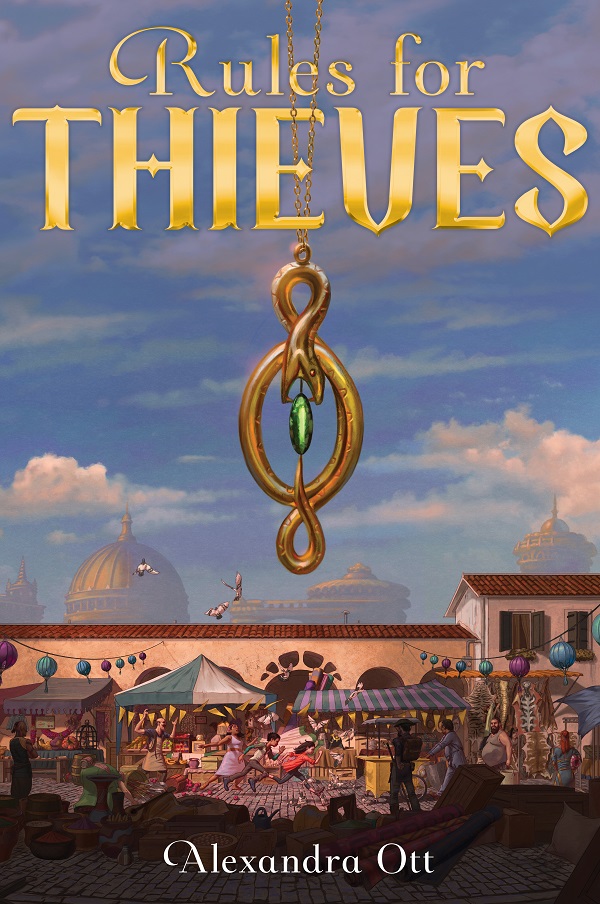 Rules for Thieves (Aladdin, 2017) by Alexandra Ott was a satisfying story.
For twelve-year-old Alli adoption day at the orphanage is the worst. No one wants her and she doesn’t want to be adopted either. When taken into a room with potential parents, she escapes the orphanage for the final time. Unfortunately, life on the streets does not go well and she is cursed with a spell that will eventually kill her. She meets Beck, a young thief, who not only helps her get food, but has an idea of how she can raise the money to save her life. Through Beck she may have found a home of her own with the Thieves Guild, but will she pass the trial they’ve set?
I don’t want to do spoilers, but was very pleased with the decisions Alli makes in the end.
This is author Alexandra Ott’s debut fantasy. A sequel is coming in summer 2018, which makes me happy. Alexandra is also an editorial assistant at Entangled Publishing. Read more about her on her website.