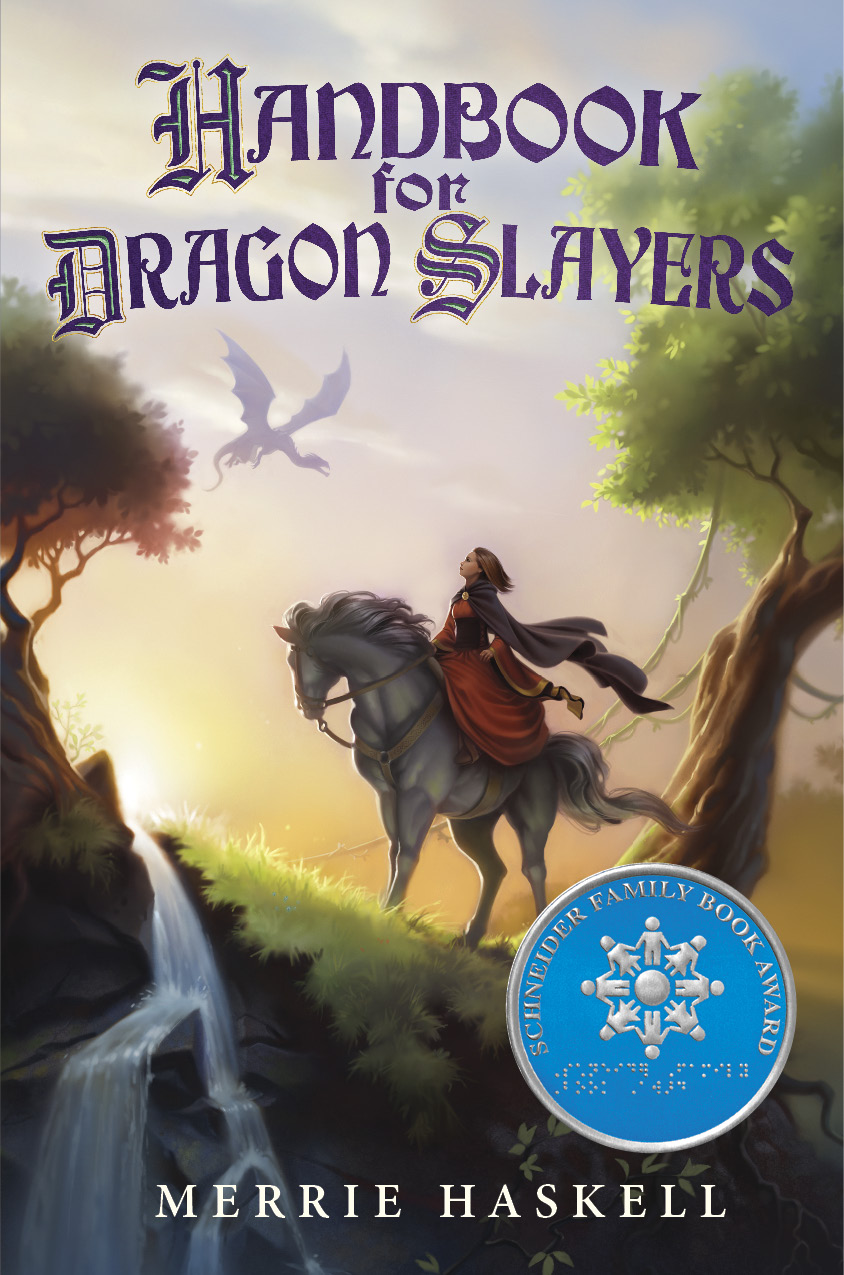 Handbook for Dragon Slayers (HarperCollins Children’s Books, 2013) by Merrie Haskell may be a middle grade fantasy, but I think teens will like it too. (My husband did as well.)
Princess Tilda wishes people would “appreciate the sense of my words and not be thinking about the shape of my foot at the same time.” She’s the lame heir, so when her cousin Ivo comes to take over Alder Brook, she thinks it might be better for her people to have an able-bodied leader. And maybe this would give her the chance to write her own book. But somehow she and her friend Parz and her handmaiden Judith go off to become dragon slayers. Throw in the Wild Hunt, magic horses the color of the three royal metals, an evil lord, and it’s quite an adventure.
This book won the 2014 Schneider Family Book Award (Middle Grades).
On Merrie’s website FAQ page, there’s this question and answer:

What is it about fairy tales that interests you?
How infinite the variations on them can be! I’ve loved retold fairy tales since Robin McKinley’s Beauty (and later, Rose Daughter).

I recommended one of her other books, The Castle Behind the Thorns, here.