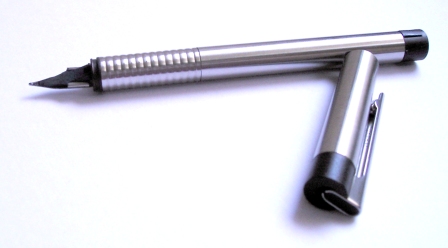 “I wish I’d thought to use a pen name,” children’s author Jennifer J. Stewart says after discovering another children’s author with the same name. “I’ve been confused with her (wrong books ordered for events).” Using her middle initial J, as she does now, might have helped avoid confusion. “But what’s worse,” Jennifer says, “is the ‘Jennifer Stewart’ without the J who is an ‘actress.’ Yeah, she acts without any clothes on! You get more than an eyeful if you go to her website instead of mine.” Most creators of children’s books don’t have Jennifer’s identity problem, but for writers not yet published, searching the internet for their real name or potential pseudonym could save some later grief.

Pen names are also developed because they are easier or more memorable than a writer’s real name. Pam Bachorz thought about writing as Pam Bayshores. “My last name isn’t exactly pretty and could be hard for kids to remember when talking about my book and looking for it on the shelf.” Spelling her name how it is pronounced would simplify the issue, but in the end she went with the correct spelling.

Other women authors use their maiden name as a pen name. Alexis O’Neill says she had already established a reputation in her field before she was married. “I decided to use a pen name, my pre-marriage name, because I had always liked it and because Quimby is a much less common surname than Johnson,” says Katherine Quimby. And, “It is who I was when I first thought about writing and storytelling…” Of her pen name, Carol Nevius (rhymes with devious) says, “It honors my parents, and there is no other pb author using it.”

Another reason for employing a pseudonym is to separate it from a writer’s every day life–personal privacy or job related–or from their writings in other genres. “I wanted some variation of my name so friends and family would know what I’d written, but not a name that would appear in a phone book or a lookup search engine,” says Michele Ivy Davis. Using yet another name for articles for law enforcement/safety force magazines keeps Mickey’s adult articles separate from her children’s writing. Similarly, Lynda S. Burch says, “I only use a pen name for my books written in another genre. I write romantic suspense and have had published over 20 children’s books. I did not want a person picking up a book of mine and thinking they were getting a kid’s book instead of an adult.” Cheryl Zach agrees. “I wanted to distinguish the adult books from my teen and children’s books, both for readers and book sellers.” Verna Safran says, “My legal name is the name of my ex-husband, who was a reporter for the New York Times. Since I am no longer associated with him, I wanted a name of my own.”

Pen names are sometimes created by two authors collaborating or at editor request. The latter was the case for David Harrison. “I used a pen name on a dozen or more books, mostly in the 70s. At the time I was writing a lot of assignment work for Western Publishing. Because of the number of assignments, an editor asked if I would consider taking a second name.” Ruth Vander Zee wrote some board books with friends and they used a pen name to make it easier for the publishing company. Robin Koontz says, “I also use them for work-for-hire (curriculum texts mostly) when the publisher doesn’t want to seem to have a bunch of books by the same author.” Stephanie Jacob Gordon and Judith Ross Enderle ended up with the pen name Jeffie Ross Gordon, because they wrote for a series of historical YAs that had set covers with little room for the author’s name. “Two names wouldn’t fit, so rather than leave one of our names off the cover, we combined our names.”

If a writer decides to use a pseudonym, how do they pick one? Some choose family or friend’s names that have special meaning. For an article for adults, Susan Kneib Schank chose “a combo of my mother’s nickname and my ‘other mother’s’ name–representing two very strong women in my life.” Lori Cardwell-Casey needed multiple pen names for a magazine. “For one, I used the middle names of my two children. For another, I used my first two initials as my first name and my favorite book of the Bible as my last name.” Lisa Rojany Buccieri took an interesting route; “I chose my middle name and Latinized it and the Hebrew name of my rebound boyfriend at the time.” “I chose Kennon (my wife’s maiden name) and Graham (for the college Professor who inspired me to become a writer)” says David Harrison.

Others select a name that hides gender or links to the book’s audience. J.M.G. Anderton decided to use initials for the former purpose. “Also, I think middle readers and YAs like the initials.” “I use my Armenian family name,” Marianne Markarian says. “I decided to use a pen name in order to connect more directly with my target market. My children’s book is an Armenian cultural story.”

Another possibility is to assume an allonym, which is the name of another person–usually someone historical. Robin Koontz uses the name of her great aunt. “Nettie Mullins was also a writer. I have a rejection letter to her from 1890. She is one of my muses.”

Newcomers to the field might wonder how editors know whether a writer wants to use a pen name or not. It’s really quite simple: the writer’s real name is at the top of the manuscript and following the title is the “byline” to indicate the “to be published” name.

Writers should think about the pros and cons of having a double or triple identity–anonymity, privacy, and freedom versus confusion or not receiving kudos for what you wrote.

“I can be incognito when I want to. I’m ‘famous’ locally, so introducing myself as Lee Jaffurs instead of Lee Wardlaw will give me a certain amount of anonymity when I want or need it.” “It can produce an interesting psychological effect,” says Lee Braff. “When I was starting to write, it fell very protective and freeing; I could say anything I wanted to, because who would know? I was protected by my pseudonym! I hadn’t expected to feel that way.” “As to using a pen name, I love it. It frees me to be me. It uncovers a very silly side of myself that was hidden away in my sketchbooks,” says HildaRose. “I have less evaluation of myself as my pen name. It is like having another person in myself who I can joke with as I draw.”

On the other hand, Lori Cardwell-Casey wishes she hadn’t agreed to use pen names in a parenting magazine. “Every time something was published, it felt as if it was lying to the readership, somehow. I also felt odd about sending these clips when I sent queries.”

Elizabeth C. Bunce says, “It confuses people initially.” But to lessen confusion she has both her real name and her pen name printed on her business cards. When Alexis O’Neil books a hotel room or flight, her hosts can’t find her since she’s booked under her married name. “People who know me first and foremost as my husband’s wife or my daughter’s mother don’t necessarily connect me with my pen name,” Katherine Quimby says. Hope Slaughter concurs. “Friends and acquaintances who don’t know this don’t recognize work by me, or articles written about me, but that’s not a big thing.” When Stephanie Jacob Gordon and Judith Ross Enderle started writing picture books under their joint pen name, people at appearances sometimes wondered where the “guy” Jeff was. Cheryl Zach says, “You become used to answering to two names at conference and book signings!”

Writers might want to take a field trip to the library or bookstore to see where books would be filed under a potential pseudonym. Will it be alphabetically next to some best selling author? Will its neighbors be complimentary or detrimental? It’s a minor factor, but interesting to consider.

And what is it like signing this name? Will the author be wishing he’d chosen a shorter one or does he struggle against writing his real name? Practice can help in both cases, making the signature automatic in the appropriate setting.

How does a pen name affect a writer legally? Books can be copyrighted under the creator’s pseudonym, legal name or both. Copyright laws provide protection either way (see length differences on a copyright site). Many legal documents do ask for other names a signer goes by and it would be appropriate to list any “bynames” at that time. Another option is to go to your city, county or state and follow their instructions to create a DBA – doing business as – name. Your DBA pen name becomes a legal name.

It’s mostly a personal decision whether to use a pseudonym or not. But writers or illustrators, who have considered the angles, will be happier than those who just wish they’d done it differently.

Here’s a recent blog with the opinion of another author on pen names: Why Pen Names Suck & Can Make Us Crazy.

I do use a pen name. Would love to hear your thoughts and experiences on this topic. Simply share in the comments below.