Diane Bailey, who has more work-for-hire experience than I do, agreed to share some about her experience:
I like soccer as much as the next American.
Meaning, if someone had asked me what I wanted to write a book about, it wouldn’t have been the history of the World Cup. Same goes for Miley Cyrus. And the future of warfare. And yes, even vampires.
Actually, sometimes it’s nice not to have a choice. People generally tend to choose things that are familiar; we take the easy way out. But work-for-hire projects don’t always mesh with our interests or expertise. Instead, they require us to step outside our comfort zones. I’m usually happy to leave, because it’s also my boredom zone.
Work-for-hire writers specialize in being general. That’s not to say we don’t have a certain set of skills. To get hired in the first place, we’re selling our particular expertise: how to research and write a book, within the peculiar requirements and constraints of the library and educational market. But implicit in this set of skills is adaptability, a game-face approach to whatever an editor throws our way. We’ve got to be good at mustering up curiosity and manufacturing enthusiasm about practically anything. Of course, there are some wfh writers who might stick to sports or history or pop culture. But for writers who are trying to make a living at it, they’re likely to take what they can get. For me, this “grab bag” mentality is part of the attraction.
When I started writing, I worked as a journalist in the entertainment industry. I watched a lot of TV, I went to a lot of movies, and I interviewed a lot of celebrities. I won’t deny this had an element of glamor to it–and I did get free food–but after you’ve written a couple hundred actor profiles and inadvertently become addicted to Days of Our Lives, it starts to get a little old. 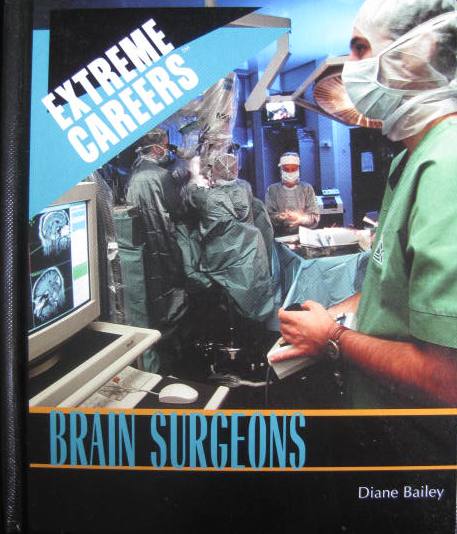 A couple of years ago, an editor contacted me with a list of books she was assigning, and asked which one I would like. One of the titles was about Bono, the lead singer of U2. Another one was a career book about brain surgeons. A lot of people might have jumped on the Bono book. But I wasn’t particularly enamored with that idea. I’d done the celebrity thing. I wanted something else. So I took the brain surgeon book, and loved it. It’s still one of my favorite books that I’ve done.
Other times you just plain luck out. Recently I got a list of titles to choose from. One of them was in a series about economics, and was called “How Business Decisions are Made.” I didn’t pick this one, even though it paid a little better than the one I did choose–a book about zombies. Because, seriously, how could I NOT write about zombies if given the opportunity? I mean, I COULD make a good business decision and earn a little more money by writing about business decisions. OR I could write about zombies. In this particular case, I turned to a higher authority and asked myself, What would Shaun of the Dead do?
With wfh projects, sometimes you get great topics; other times they’re not your first choice. But you rarely work on a project long enough to get bored with it. I often think of writing a work-for-hire book is somewhat like taking an eight-week course (or, depending on how organized your editor is, a three-week course). You learn the subject matter and then you write your final paper, which will happen to end up in a library binding. But you don’t have to get up early and walk to class in the rain. And you get to deposit your diploma.
And it’s only about writing. You don’t have to worry about any of that pesky marketing-and-promotion stuff. In a sense, work-for-hire is craft at its most pure: you are not saddled with the worry of deciding what will sell, or to whom, or how well. There’s something comforting in knowing that your job is to just write the book. It’s one thing to deal with an idiotic or irrational editor (I say this only hypothetically, of course: my editors are all normal!). I mean, we’re writers. We understand neurosis. But spreadsheet-literate people from sales? Yikes.
I got my first work-for-hire job through a tip from a colleague. I emailed my resume, and even though the editor I contacted didn’t have any work for me right then, she passed my name to another editor who’d had a writer drop out on a project. She needed someone, pronto, to write the book. I agonized over this 6,000-word book. I probably–okay, maybe–made minimum wage by the time you averaged out my hours. But that first book led to regular work from this company. Meanwhile, I researched other educational publishers and packagers and went through the drill: sent my resume and samples, and waited for my inbox to fill up.
This happened rather slowly.
Some companies didn’t respond. Some responded with the always-cheering, “We’ll keep your material on file.” I always thought they were lying when they said this, and maybe some of them are. But I know at least some of them aren’t, because I’ve gotten contacted for work months later.
One company I work for doesn’t pay as well as the others, but, you know, it’s a job. And it’s a packager. I mention this because my editor there may work for more than one publisher. Even if his budget on one project is low, the next one may be higher–and he’s already familiar with my name and my work. Either way, I’m still earning more than I would working at Wal-Mart.
And I get to write the word “zombies” on my resume. You can’t put a price tag on that.