I recently read two award-winning books which give some insight into the Hispanic culture. Both were very good and in both the main character grew and changed.

Red Glass (Delacorte, 2007) by Laura Resau features Sophie, who is afraid of everything. She and her family have taken in her great aunt, Dika, a refugee from Bosnia, and Pablo, a 6-year-old Mexican boy, whose parents die trying to cross into America. Dika meets Mr. Lorenzo and becomes friends. Mr. Lorenzo, his son, Angel, Dika, and Sophie travel to Mexico to take Pablo to his village to see if he wants to be with his family there and for Angel to find his lost mother. The story is powerful and memorable and Sophie learns what is important to fear and what is not.
Laura has another book coming out this month. Read more at her website: http://www.lauraresau.com/. 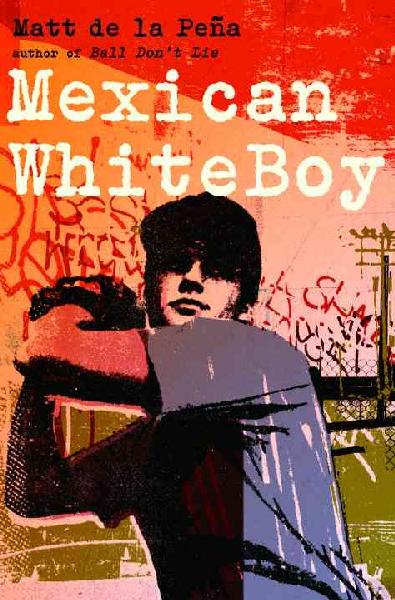 Mexican WhiteBoy (Delacorte, 2008) by Matt de la Pena has a character with several dilemmas. First, Danny is white to the Mexicans and Mexican to the whites. He lives with his mom and step-dad in San Diego, but goes to spend the summer with his Mexican uncle’s family. People in National City don’t understand why he can’t speak Spanish. Secondly, Danny’s great at baseball, especially pitching, but at his private school in San Diego, he can’t keep control over the ball. In National City he becomes friends with Uno who has a Mexican mother and a black father. The two help each other figure out what is going on in their lives. Warning: This book does have language that may be offensive, however, it does fit the culture.
Matt also has a new book coming out this month. Check it out at his website: http://www.mattdelapena.com/index.html.